I don’t know whether this is true or not, but the story goes that when the great actor Marlon Brando was doing his first movie role, after an early scene, the Director brought up a couple of concerns. He was having a hard time getting a full-on shot of Brando because Marlon didn’t mug for the camera like a lot of actors in that era, and (as we all know) Brando mumbled. Supposedly, Brando replied by asking him if he had a camera operator, to which the Director said yes. Then Brando asked “And you have a ‘boom’ guy—the one who can move the mike?” The Director answered that he did, and Brando said “Well, tell them to move ‘em. I’m just bein’ the guy.”

He was just “being the guy”—the guy who would actually SAY whatever the dialogue was.

If you’ll embrace this simple concept, you’ll become much more natural and believable than ever before. Whether it’s personality Content, a station event you’re supposed to plug, a commercial, or the weather forecast, sift everything through the “be the guy who would say that” filter.
Example: No real person meets a friend for lunch and says to him, “A recent study says that 29% of Americans are buying red cars this year.” But he might say “Lots of red cars on the roads lately. I never noticed until I bought one. Now I see them everywhere.”

The “real guy” read is everywhere in the voice acting world right now. Big-voiced “announcers” are so 1970.

You always want to use down to earth, authentic language. Real words, not “print” language. If you have something to read that’s written poorly, rewrite it. If you think you’ll get in trouble for it, ask permission. No good PD will mind your not sounding stiff or implausible.

Glenn Beck is a huge Billy Joel fan. He has all his albums. He’s seen him five times.

Here’s what Glenn had to say about a recent concert experience:

“Left Billy Joel early. Disappointed. Was it the fact that he was 90 minutes in before he played one of his real hits? Maybe but all his music is good. Was it that he meandered and seemed to talk to the band more than the audience? … Was it that with all of those things I wished I were home with my wife and kids instead? Yep. There are too many demands on our time and things are way too expensive to stay for someone who, as good as he is, seems to be phoning it in. … Michael Bublé loves his audience, loves to perform, and once you stop liking the audience you should stop performing,” Glenn said. “I didn’t feel any gratitude, any affinity for me at all.” 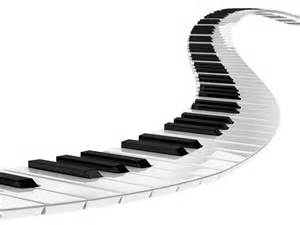 Sure, it’s easy to look down our noses at the Piano Man and chide him for his uninspired performance, but perhaps we should first look at the log in our own eye…

…to see if we’re no better when one of our talent does a break that is rambling and ill-prepared? (Many stations have more people listening at that very moment than are at a typical Christian music concert).

…if we’re no better when a listener shows up at our concert tent (if we have one at all) and are treated like a stranger or an inconvenience.

…if we’re no better when a potential donor can’t get their calls answered (This has really happened at a station I worked with!)

…if we’re no better when we question the station’s ratings when we’ve not made it a priority to invite people to tune in.

It’s worth saying again. Once you stop liking the audience you should stop performing.

In the words of the great Constantin Stanislavski, the father of ‘method’ acting, “IF is the magic word that makes all things plausible.”

When you think “If I were in this situation…” you see yourself IN the scene, and start imagining how you’d feel and what you’d do. This changes your view of it from simple reporter to participant—a whole different ‘camera angle’.

And “If” has a great secondary use, too—replacing those phony-sounding questions that air talents constantly ask.
“Would you like to win tickets to Brad Paisley?” OF COURSE I would, Burpey the Love Spoon. Just tell me how and when.

But saying “If you’d like to win tickets to see Brad Paisley, you’ll have a chance at 7:45” makes you more concise, and it’s a better call to action when you take out the fake ‘rhetorical question’ dance.

But that’s the point.

Successful principles of business, leadership, or programming aren’t common. They are the exception. Otherwise, all stations would have high ratings, there would be no leadership challenges, and we’d all have dated the prettiest girl in town.

There are 11,000 business books printed each year. I looked it up. If these principles were merely common sense there would be no demand for these publications.

Recently I had the privilege of sitting with leadership guru John Maxwell when Bill Hybels interviewed former GE CEO Jack Welch for the Willow Creek leadership summit. Nothing he said was common sense. Every morsel of wisdom was counterintuitive and eye opening. He used himself as an example:

Successful principles can seem out of whack or counter-intuitive. Leading is about serving. Programming to reach a wider audience is about focusing narrowly.

I’m told there are stations where cranky e-mail writing listeners, board members or family relatives that influence programming decisions without ever having programmed a radio station. After all, it’s just common sense.

Today you will likely face a decision about your radio station where it would make sense to use common sense. Before you react, I suggest you look for a similar situation and try to learn from that success story. Develop a culture that values, not resists, expertise and experience that may not be common.

After all, who would want a surgeon who simply strived for consensus from those who had never performed a surgery? 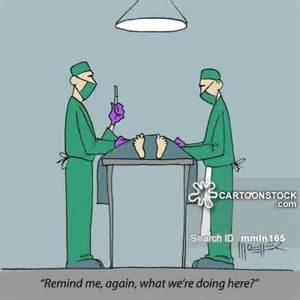 Actor Bill Murray talked recently in an interview about living in Paris for a while, and going to see a series of silent films. And how even in a movie with no words spoken, he clearly understood the plot and could feel for the characters. I think radio at its best is the other end of the seesaw. Anything we do on the air – without pictures – should be able to stand on its own merit, too, and engage people.

He also talked about how the most important thing he learned in Second City, the famous improv factory in Chicago, was to not try to be larger than the other person in the scene. Murray learned to give the other person what they needed to just settle down and be the part they were playing—to “make the other person the same size,” instead of mugging for the camera or trying to dominate the scene.

Besides guests or co-hosts, this also applies directly to phone callers. We’ve all heard “Make the caller the star.” Well, that sounds good, but a lot of talents just aren’t willing to give the caller what he or she needs. And sometimes you can give too much, and it runs off the rails because callers are real people, not trained personalities or entertainers.

So a better thought might be to just make the caller the same size as you, to take out the pressure and competition for “the moment”. The caller will either make it on his own, or there will be a place that you can save it. And remember, unlike improv, we can edit the phone call before the listener ever hears it.

Look, radio is more than just saying words or selling your “brand” (which is only a name if there’s no Value in it). Shoot for higher than that. Be someone, but also be willing to share the sandbox.