Twenty years ago my friend Alan suggested that I write. Five years ago I took him up on his suggestion. Some of us are slow to take wise counsel.

Exactly 260 weeks ago I began punching away at these musings on programming strategies, perspectives, and stories I’ve picked up along the road. Over the course of five years I think maybe writing about ‘the #1 reason stations aren’t successful’ is pretty important. Who knows? I may even step on a few egos. Unless of course you don’t have one.

Frankly, I’ve found THAT to be the essence of…(drum roll)… the #1 reason stations aren’t successful.

Now, before you throw me off the bus, let’s remember that Ego simply means a self-centered perspective. The challenge is when ‘ego’ takes on such exaggerated sense of importance that other points of view or counsel are not welcome in the room.

“When I find the ego in the organization, I’ve found the problem.” Fred Smith

Over four decades ago I began my radio journey at a tiny 500 watt AM radio station in my hometown in Texas. Jay was my first radio mentor who taught me how to cue up a record, to watch my levels (no processing and no air monitor), and how to pronounce “ewe”. (For you city folk, it’s pronounced “you”).

My burgeoning radio career was then nurtured by Dave, Bill, Dwight and Bob; then Bill again (he hired me back). Then I took a big step forward as I learned from Howard and Larry, then on to the big leagues with Ed, Tim, and Mr. Hyland. A few years later I was transported into programming strategy lab of Randy, Al and Alan, a magical point at which the programming veil was lifted and I first saw clearly. That’s when Tommy coerced me to call Bill and Jenny Sue, who propelled me off on a wild adventure with a very tall fellow named Bud, who simply changed my life. That’s when I feel like my programming acumen was put on steroids with daily mentoring by Alan, Tommy, Rick, Tom, Walter, Jim, and Jay. Then David and Joe walked into my life and I entered yet another dimension of learning. I was then connected to Ty and Mike, reconnected with Tommy; then to Jim and Dean and Lisa Jean, Joe and Jim, Bob and Ralph, and Mike and Mike. Even that long list leaves me ten years shy of the most recent influences in my life.

If I had written Frost Advisory #260 before being influenced by these people, it wouldn’t be worth reading.

“Everything I know I learned from someone else.” Tom Watson

I heard a friend of mine recently say the biggest influences in his career were from thirty years ago. If you’re doing the math, Ronald Reagan was president, and you and I had not yet spell-checked our very first e-mail. How sad, I thought. How sad that his ego has shut out three decades worth of learning, experience and expertise. They say that there’s a difference between thirty years of experience and one year of experience thirty times.

“The unsuccessful person is burdened by learning, and prefers to walk down familiar paths. Their distaste for learning stunts their growth and limits their influence.” John C. Maxwell

Now don’t take this the wrong way, but I’m told the word ‘idiot’ comes from the Greek word “idio”, which means one who is self-centered and excludes himself from the ideas of others.

Next week I’ll delve into Ego’s ugly stepsister – Trust. And we’ll kick around some ways to, dare I say, not be an idiot. 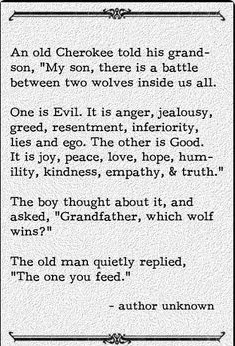 In coaching Talent to become more than just deejays, I draw on why legendary personalities become legends. In the past, it was Robert W. Morgan in L. A. or Fred Winston in Chicago. In Dallas, where I lived most of my adult life, it was Ron Chapman, Terry Dorsey, Kidd Kraddick, and in the Contemporary Christian arena, Brother Jon Rivers. There are others, too, of course. (Fill in the name of your market’s Legend.) In my hometown of Shreveport, Louisiana, it’s a guy named Larry Ryan, who’s been in that market for over 40 years. And when I was just a duckling starting out in radio, Larry told me something that I still remember every day, and have developed specific techniques in how to coach.

He said, “If you do just ONE THING each day that people remember, you’ll be a star.”

ONE THING PER SHOW. That’s all you need. Do the math: Say you take two weeks of vacation per year. So if you work five days a week, fifty weeks a year, and do one thing each day that your Listener really connects with, that’s 250 things at the end of a year that your Listener remembers about you that he or she doesn’t remember about your competitor! 250 concrete reasons to keep listening to you, instead of to the other options across the radio landscape or satellite and digital formats.

Now this is not about only doing one thing during your entire show. It’s about doing one thing that’s memorable, one thing that no one else will do, every show. It’s also about never going through a show without that one thing. This is one of the prime areas where “critique” serves no real purpose. It’s all about coaching—brainstorming ideas to cultivate a sense of what will set you apart.

“The most significant changes to our world are going on as we speak and will continue as millennials become our future leaders.” – Forbes Magazine 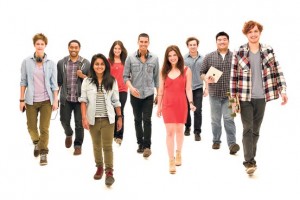 The loud voices of nervous Paul Revere like baby boomers can be heard throughout the media landscape.  Unfortunately Pew research says they’re already here.  2015 is the year Millennials will surpass Boomers as the largest living generation.

Obviously this is going to have an earth shaking impact on media.  Which has divided radio people into camps. The first thinks Millennials will become like their parents at a given age, so there’s no problem at all. Radio will continue just as strong as always.

There is a third, smaller, quieter camp that follows the future so they can understand how to integrate radio with the media palate of the future. Those are the people to listen to. They know the coming wave can’t be ignored. 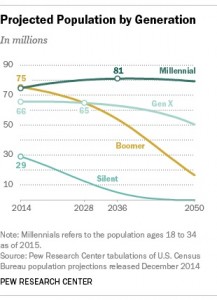