If you wonder about how long interviews should last, the quick answer is “It should end before I want to kill the guest.”

Seriously, in practical terms, plan on ONE segment.  Anything past that should earn its way onto the air by adding something new and compelling to the interview.

Remember, an interview’s purpose isn’t to drum up business for the guest.  It’s to make the guest come across as interesting enough or entertaining enough for me (as a listener) to even CARE about what they’re pushing, whether it’s a new album, concert, movie, charity, etc.

And I’d recommend never having a guest on for more than an hour, no matter who it is.

No doubt you’ve heard “leave the listener wanting more,” but not all air talents have the discipline to really do it.  The minute you find yourself checking the clock to see how soon this segment will be over, you should have already ended it. 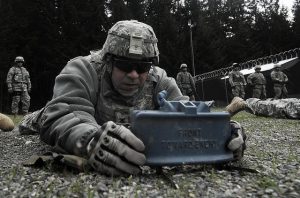 Intimacy is the most unique ingredient in a team show, because often what works against it is that a team’s individual roles get “assigned” – or at least defined – by the PD or Consultant.  Sometimes, in trying to stick to those definitions, intimacy just drops off the radar screen.

In reality, the roles don’t matter when it comes to this particular quality.

Every great show has Intimacy – and the more THAT element stands out, the stronger the team will be as a whole.

Here’s the tricky part:  The Strategy is to reveal.  But the Tactic is to not compete with or impede that happening.  If you don’t know how to prep, but still be largely spontaneous, you might want to get some help with that.  As Pierce Brosnan said in ‘Mama Mia’, “It’s only the rest of your life.”

“There was a demon that lived in the air. They said whoever challenged him would die. Their controls would freeze up, their planes would buffet wildly, and they would disintegrate. The demon lived at Mach 1 on the meter, seven hundred and fifty miles an hour, where the air could no longer move out of the way. He lived behind a barrier through which they said no man could ever pass. They called it the sound barrier.”
~(opening to the movie “The Right Stuff”) 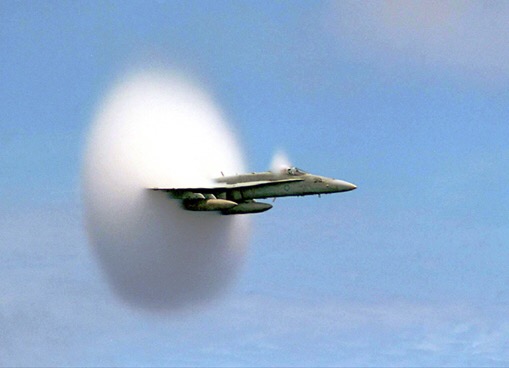 When you approach the sound barrier there is a sudden increase in aerodynamic drag and the plane buffets around.  For Chuck Yeager, and the others, it must have been some experience.  It was a change they wanted, but I’ll bet there were some too frightened to push through.  Change can feel dangerous.  Some of the test pilots of the 50s thought you couldn’t send someone into space and back without being “spam in a can.”

We’re feeling the bumps, jinks, and aerodynamic drag of seismic changes in media, driven by an even bigger change in generations.  It’s uncomfortable, disruptive and even frightening.  The world, as we baby boomers knew it, is evolving but that’s no worse than what the Greatest Generation, who fought in World War II, had to adapt to with us.  Funny, they thought Boomers would be the end of America, but here we are.  Things will change, but at the same time the world will go on.

We all have our areas where change seems impossible, there’s nothing wrong or unusual with that, unless it freezes us into inaction.  Change is happening all around us every day.  The key is the response to change – how we humans handle the change.  There are basically three responses: we fool ourselves and ignore or refuse change, we can adapt to change, or we can be one of those rare people who get ahead of and lead change.

The question we should be answering is not about change, it should be how we’ll adapt to change, or maybe even lead change.