Recently, I had a session with a very good talent who struggles occasionally at the very beginning of a break.  I played her a couple of breaks where the hemming and hawing was noticeable; she just couldn’t get any real traction in getting started.

Here’s a possible cause — the tendency to think that every second has to be filled with words.  Nothing could be farther from the truth.  JFK, Martin Luther King, and dozens of actors known for their timing realized that sometimes a pause to “gather” your next thought is THE most powerful moment.

When the anxiety is taken away, and you come to trust that conversations need pauses, the tendency to just add more words, or over-explain, will dissipate.

When you listen to your station what do you hear?

A better question might be, “what do you choose to hear?”

END_OF_DOCUMENT_TOKEN_TO_BE_REPLACED

Of all the things I get asked about, the search for Content comes up far more often than anything else.  First of all, you have to look for it, but it’s really all around you.  Prep sheets are great for lining bird cages, but real Content can easily be distilled into two lanes:

Anything that you have to “reach” for, you should automatically reject.  Let everyone ELSE do trivial, typical, or obscure stuff, while you make great contact every at-bat.  (Obligatory baseball reference is for my partner John Frost.  Go Yankees.)

With the natural flow of stuff that you have to promote (station stuff, events, web features, etc.) and Contests, that’s really all you need.  The creative “difference” factors don’t lie in finding “off the beaten path” things to talk about; they’re in HOW you weigh in on and share the things the listener cares most about.

This makes your prep process SO easy. 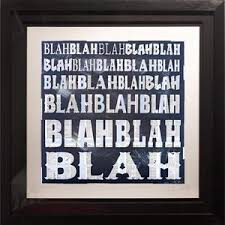 They say we are exposed to over 3,000 advertising messages every day.  You likely only remember a handful of them, if that.  Our brains are neurologically wired to filter out everything that doesn’t helps us “survive and thrive.”

END_OF_DOCUMENT_TOKEN_TO_BE_REPLACED

The other day, I was having to teach someone how to talk over a song intro.  This is a modern phenomenon, apparently, because most people on the radio today never heard the Drake Format or the “Q” Format that revolutionized radio in the late sixties and early seventies.

Before those, jocks just talked whenever and wherever they wanted to, so you heard a song end, the jock blather for a few seconds (or longer), and then start another song, talking up to the vocal.

Bill Drake changed that.  Jocks fit the song intro, instead of starting early.  Momentum increased exponentially.  The Q stations (KCBQ in San Diego first, others later) took it another step further.  But jocks tended to lose contact with the pace of the song, doing every break in a high-powered delivery.

Stations like KNUS in Dallas, Y95 in Miami and others took it beyond that, maintaining the momentum, but also introducing a sensitivity to the pace and “vibe” of the song and matching it with the delivery.

Enough with the history lesson.  Jocks today grew up hearing a song end, the talent talking for much too long, then another song starting.  Momentum ceased to exist under the guise of “respecting the music,” primarily an Album Rock approach.

So back to the recent session.  END_OF_DOCUMENT_TOKEN_TO_BE_REPLACED