If you’re having trouble getting into Content, well, don’t feel like the Lone Ranger.  Every air talent either struggles with this at some point, or worse, doesn’t know yet that they’re struggling with it. : (

There’s lots of coaching available on this, including my own.  We’ve all heard the “Headline first, then tell the rest of the story” thing, for example.  And there’s tons of stuff about how to construct a story, how to physically lay out a story in just bullet points, etc., and what a great ending should be.

But here’s the problem:  You don’t really know until you know.  Human beings may become aware of things and intellectually understand them through reading and talking with people about them, but in the long run, we really only learn through experience – trial and error.

END_OF_DOCUMENT_TOKEN_TO_BE_REPLACED

“We’ve been worrying about the wrong things,” said the top dog of a well known broadcast company.  His reaction was to their focus on tactics rather than the things I was there to discuss; stuff like the station’s vision and purpose, and identity.

Daniel plays the guitar.  A Taylor.

Cindy works hard to support the arts in her community.

END_OF_DOCUMENT_TOKEN_TO_BE_REPLACED

Here’s one of my primary tips for show prep – The 3 Questions.  If you’ve read my “The 5 Subjects” tip, you already know the five categories of Content that will ALWAYS work (besides the obvious “station things” that will always be in the mix, like promoting events or features, etc.).

But “The 5 Subjects” should be filtered through these three questions before you put them on the air:

END_OF_DOCUMENT_TOKEN_TO_BE_REPLACED

As negativity, finger pointing, and spit wad throwing reach new levels in politics, and in traditional and social media, we can sense a growing desire for a breath of fresh air.

I know people who have turned off certain TV cable news channels (me, included).  I know radio stations that have turned off the TV news in their studio due to incessant negativity and turned on HGTV.

The movie “Won’t You Be My Neighbor?” is a smash hit, bringing in $4.1 million in just three weeks.

Director Morgan Neville said, “Mr. Rogers tried to teach us how to behave in a community and a society together, and the value of civility and the value of honoring this relationship with each other.

And we live in times that don’t honor that at all.” 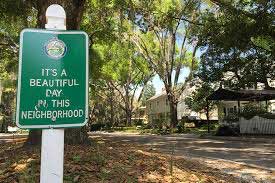 If you think your radio station is only about songs and deejays and unfamiliar music, you’ll never understand how to connect with what people are feeling today.

Fred Rogers was a man who believed in inherent goodness and preached the idea that everyone was special, just the way they are.

“Won’t You Be My Neighbor?” is “a much-needed emotional tonic for troubled times.”

Sounds like a good idea for a radio station, too.