They are some of the brightest broadcasters I work with.  Each a hard worker and devoted to the station’s mission.  Not a rotten egg among ’em.

The room was quiet.  No one even risked looking up from their paperwork.  Then one brave soul broke the awkward silence by saying, “We’re too busy to do anything that big.”  Heads nodded in agreement.

They were too busy to be great. 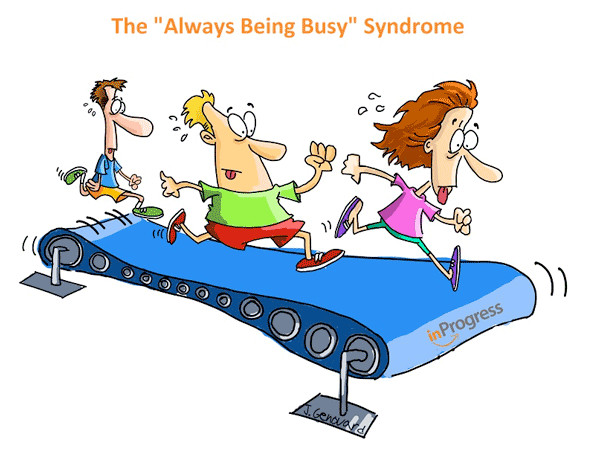 The process was a bigger priority than the results.  Their analyzing (and they had pages and pages of analysis) had become more important than the doing.

For many, “the ‘analyzing’ phase is often more satisfying than the ‘doing’ phase, and that’s dangerous for change”

Great thinking doesn’t happen by accident.  You have to prioritize the time for it.

“The greatest enemy of good thinking is busyness.”

Here are some practical ideas:

Schedule time to think big thoughts.  Even if it’s only once a month at first you’ll be ahead of most folks.

No critics allowed.  In Improv comedy they call this the power of “Yes, and…”

“Always say ‘YES, AND…’ meaning, always agree, and add something to the discussion.

For example, in an improvised scene with a partner, never say no.  If you’re in a boat rowing down the river, you don’t say, “No, we’re folding laundry.”  You say, “Yes, and we could really use a paddle instead of my arm.”

Now, about my big idea…