“I prefer to live in my own little bubble of my own reality.”
~Lauren Lee Smith 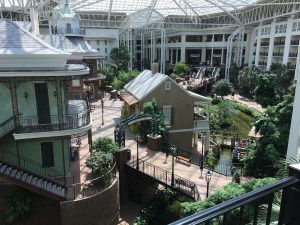 I’m sitting on the balcony of my room at the Opryland Hotel in Nashville, catching up on some work. The weather is beautiful, but then again it’s always beautiful because of the glass dome covering the entire hotel.  It’s sunny outside now, but it could become cloudy or even rain and I wouldn’t know it.  While I’m here I’m living in a bubble where everything is always perfect.

It’s the same way we want to think about radio. We’re living in a bubble where radio will always be as strong as it is, disruption will hit everything else but leave radio alone, and Millennials will soon grow up and become responsible…and then start listening more to radio.  The primary purpose of social media is to support radio, and streaming is only meant for the station signal.

Baby boomers will never grow old and retire or die, and will have more than enough money to donate, even when they are on social security. Millennials will suddenly be inspired to write a monthly check to support nonprofit radio stations.

Well, the problem with being in a bubble is that you wind up leaving it sooner or later.  I’ll get on an airplane, fly back to California, and be deposited in another world without the bubble.  There will be sunshine, but there will also be storms and rain.  There will be fires in the surrounding counties and the same people will be waiting for San Francisco to slide into the bay so they’ll have beachfront property.

Radio will continue with an extraordinarily strong reach, but clear trending down in time spent listening. Millennials will continue to contribute up to 18 hours a day to media, but the majority to Social Media that isn’t in support of radio.  Cars will continue to have dashboards that evolve in such a way to cause it harder to find the radio.  Radio IS being disrupted and will continue to be.

This isn’t a downer, unless you want to continue to convince yourself you live in a bubble that doesn’t exist. This is a call to a new reality that we need to address and strategize about.  Our efforts have to cover a spectrum of media, and be based in engagement, community and relationship.

“As opposed to trying to attract millions of eyeballs and monetize them with ads, branded social networks are less about profitability and more about creating loyal and engaged customers that will ultimately create revenue in more conventional ways.”
~Adam Ostrow 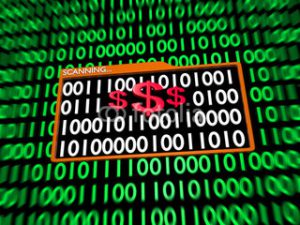 The conversation around radio stations eventually seems to wind up in a discussion of how to monetize digital media.  The answer eludes most radio people, because the idea of building loyalty and creating engagement, and then earning from that, doesn’t make sense.  Interesting, since that’s how radio was designed to be “monetized.”

Some time ago most of our efforts were to not only get people to listen, but to be as loyal as possible.  We wanted to build fans, not just listenership.  Over time, especially after the joys of consolidation, it became a battle for “ears” instead of a battle for hearts and minds.  Instead of being a way to more effectively reach people on a personal level, digital media is in danger of becoming another way to sell things to people.

This isn’t one of those, “why can’t it be like the old days” rants.  Instead, it’s a call to arms for those who still understand that the battle lies far beyond the ear.  Digital and social media don’t need to be a replacement for radio, they can actually be integrated into our plans as a compliment to radio, part of the larger media pallet we all need.  But it requires alternate thinking.

First, we have to understand that both radio and digital media are built on fans, not just listeners.  PPM results show the same thing, with the majority of listenership coming from P1s instead of listeners.  I know there’s a school of thought that radio is simply cume based, but a radio station of a large base of listeners, without any fans, is useless when it comes to making money.  Success lies in the careful relationship between cume and P1, not just one or the other.

There’s no empirical research to show this yet, but I’m willing to bet it’s the hardcore fans of a radio station that move product for the clients.  Occasional listeners, especially those we find spending one hour or less with the station, aren’t helping much at all.

“The very essence of leadership is [that] you have a vision. It’s got to be a vision you articulate clearly and forcefully on every occasion. You can’t blow an uncertain trumpet.”
~Theodore Hesburgh

Happy 4th of July to everyone as we celebrate the anniversary of our country.  Special thanks to Brooks Mason (1737-1825) my 5th Great Grandfather, and his 16-year-old son Malachi (1760-1847), who both fought in the Revolutionary War.

It’s difficult to imagine stopping your life to help found a nation, especially when you’re not in the military.  The vision of what could be was strong enough to create patriots from all kinds of people.

Vision, what Simon Sinek calls “the why” is a powerful magnet that draws people into motivation they sometimes didn’t know existed in themselves.  The lack of a shared vision makes it all about the individual and their needs.  An organization becomes whatever the leader is interested about at the moment, not a shared goal or emotional purpose.

Repetition is defined as “the act of doing or saying something again.”  Flip on the radio and you’ll hear this constantly; this almost compulsive-sounding need to say something, then repeat it, like the listener is an idiot.  (For a while, people were being COACHED to do this.  Remember those double time checks?  “Seven-fifteen, fifteen minutes after seven o’clock.”  Ugh.)  Redundancy is defined, for our purposes, as “the inclusion of more information than is necessary for communication.”

An example of this is “82 degrees and raining outside.”

“Outside?”  Well, thank goodness.  If it were raining INSIDE, that could lead to some pretty expensive roof work.

Recently, I heard a talent start a break with, “This is maybe the best example of ‘for better or worse’ that I’ve ever seen…” and then tell about a man who had been the President of a university in South Carolina, and how his wife of more than forty years, a woman named Muriel, had contracted Alzheimer’s.

Then, instead of going directly to the audio clip of the man making his announcement, he added, “This is his announcement to the university that he was resigning so that he could take care of Muriel…”

Then he played the audio clip of the announcement, which basically was just the man repeating everything the host had already said!

This break should have come with a “spoiler alert”.  In the mind of the listener, it’s “been there; heard that.”

Radio – at least GREAT radio – is always about how concisely you can get things said.  A good rule of thumb is “say things ONCE.”  What you leave UNSAID is just as important as what you say.

“We’ve reached peak social – a point at which the signal to noise ratio of social updates is unsustainable…”
~Larry Kim, Founder of WordStream

“We’ve got several thousand participants and  thousands of responses.”  So I thought, “Uh huh, and what does that mean?  Do we have more listeners, more donors, more people moving toward Christ?”

Are we drilling down to optimize our stations for PPM, but ignoring meaningful measurement of social media or community development?   We measure our social media efforts on a whole different level than we do other things.  Pushing  “like,” or reading a Bible verse seems like “engagement,” but I’m not sure it is.

Radio continues to churn out hundreds of thousands of posts, blogs, tweets or Instagrams a day, but I’m not sure many of us know what it means.  How does it affect us?  Is there any kind of measurable benefit buried in there?  Because I have 300,000 likes on Facebook does that mean I’ll rule the world?

It’s easy to confuse activity with accomplishment and reaction with meaning, but what Larry Kim says is true.  The insatiable desire for more compelling content is blurring the lines of what’s compelling and what’s not.  It’s not about “likes,” it’s about “loves,” and what is compelling to us is not necessarily compelling to the “audience.”  I always start with, “Are they saying you’re compelling because you’re you, or because you’re Christian.”  It’s a confusing measure that we all in the format have to understand.  Compelling has to do with something “I can be first to tell others”, and “something that moves me.”  I’m sure there’s a lot more, but it’s a beginning.

TJ Holland is one of the brightest programmers I’ve ever worked with, and he has some interesting observations about the use of Facebook.  Some radio stations keep reposting content that doesn’t provoke a response because it’s important to them.  Most don’t take down posts that aren’t getting responses.  There is a “me focus” in a lot of what we do, rather than a “we focus.”  And, of course, that doesn’t work on Facebook.

I’m plagued with the question of whether what we do makes a difference, or is it just something we do?  I know the effect the Warriors’ Seth Curry has had on his team.  Are we as good as Curry when it comes to impact, or are we assuming everything we do must be compelling just because we’re doing it?

There are no radio people on the list of the 100 most influential digital marketers.  Is it maybe because we’re great radio people and just ok social people?