We rarely consider it when planning our shows. Based upon listening I’m certain that no voice-tracker considers it before recording their next 20 tracks.

One of the things radio has lost in the last generation is the power of NOW, that magical connection between performance and experience. We’ve felt it at the concert, at the ballpark, at the movie theatre, and maybe even in church. 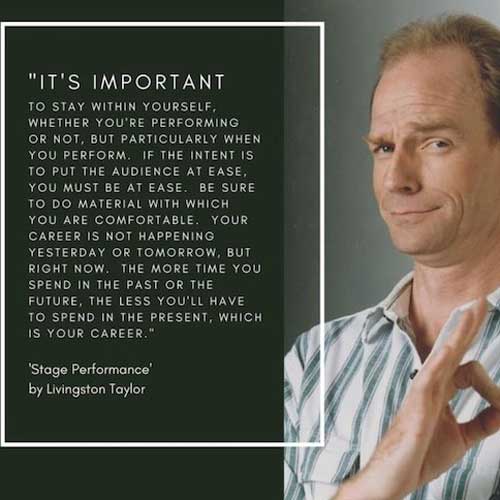 “Your career is not happening yesterday or tomorrow. But right now. The more time you spend in the past or the future, the less you’ll have to spend in the present, which is your career.”

NOW is how we get to the shared experience, which is the real goal in connecting.

“Don’t voluntarily give up an opportunity to give the impression that you’re right here, in this moment,
listening to the song with me.”

NOW is what radio does best. Or used to.