While obviously some meetings are important, Robert Pozen, productivity expert and contributor to the Wall Street Journal, recently wrote that meetings are “the bane of corporate life.” He insists that companies are scheduling far too many of them, failing to maximize that wasted time and – in effect – ignoring the “real” work of getting things done.

In short, meetings are an excellent way to showcase how busy you are, but are a horrific way to let actual productivity slide. 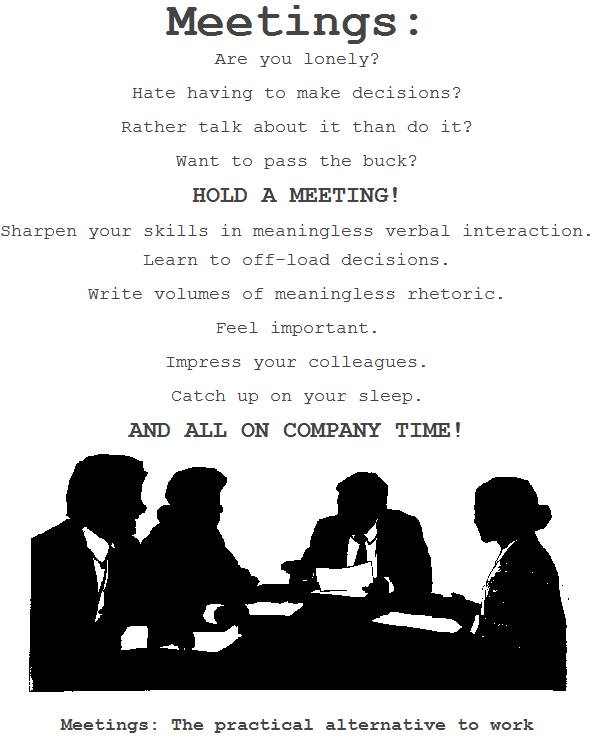 My talented friends at NGEN share their creativity on wasting time!

Here’s a suggestion on how to make better use of your time, from Jack Kinder in “Breakfast with Ted”:

“At the end of each day, …sit down and identify the many things to be done the following day. On a second piece of paper, …list in the order of their priority.”

The next day start at the top of your list and scratch out tasks completed. Moving from top to bottom, you’ll seldom mark out all of them. However, you will form the habit of focusing on the highest priorities!

“Don’t get so busy dribbling that you forget we’re supposed to score.” Phil Jackson