Dan Ingram died a few days ago.  If you’re not familiar with him, suffice it to say that to a ton of people, he was the Michael Jordan of radio.  Primarily known for his work in New York on WABC and WCBS, maybe this Wikipedia quote says it best:

Ingram was one of the most highly regarded DJs from his era.  He was noted for his quick wit and ability to convey a humorous or satiric idea with quick pacing and an economy of words, a skill which rendered him uniquely suited to, and successful within, modern personality-driven music radio.

Yes, the style was a little different then, but he was FUN, and you never knew what he’d say next.  So with Dan Ingram in mind…

END_OF_DOCUMENT_TOKEN_TO_BE_REPLACED 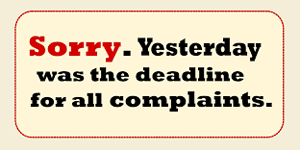 END_OF_DOCUMENT_TOKEN_TO_BE_REPLACED

A lot of air talents are not even aware of talent coaching.  They have aircheck sessions with the PD – maybe – and that’s about it.  I don’t know every talent coach working these days, but most of the ones I do know concentrate on Content – the search for it, the storytelling skill set, how to dig inside yourself and reveal things that (hopefully) the listener can identify with.

And that’s fine.  That’s the “big picture stuff,” and it matters.  If you’re fortunate enough to work with a Valerie Geller or Randy Lane, for instance, there’s no doubt that you will get better, and understand a lot of things you probably never “got” before.

But there’s something else that plays a huge factor in being the Full Package, and that’s simply being a good disc jockey.

END_OF_DOCUMENT_TOKEN_TO_BE_REPLACED

I reckon’ we can expect that kind of second guessing from the bleachers, but it is far more serious when it comes from the programmer or manager’s office.
END_OF_DOCUMENT_TOKEN_TO_BE_REPLACED

With all the conversations going on in radio circles about the uses of social media, there’s a giant, Grand Canyon-sized difference being overlooked.  Let’s just use Facebook as the best example, simply because it’s the most-utilized social media platform.

As of this writing, there are about 225 million people in the United States using Facebook.

But there are over 323 million people in this country, and well over 90% of them listen to radio for a significant amount of time every single day.  So radio has somewhere between sixty-five to ninety million more people using it every single day than Facebook does.

I’ve talked a lot about how random postings on Facebook don’t make for compelling radio Content; quite the opposite, usually.  And this is why: because they’re used in totally different ways.