Every day, I hear air talent trying to do Content that’s good, but the delivery is too hurried. Or jocks will try to cram too much into a song intro, and while it does fit the time frame, it doesn’t sound real or engaging because the inflection is lost. It’s not just in music radio, though. It happens in all formats, including Talk and Sports.

Obviously, bad training (or lack of training) can cause this, but there’s more to it than that.

Here’s one of the most overlooked factors:

You can see this outside the radio world with a simple experiment: walk up to someone, put a microphone in front of him, and tell him that he has 30 seconds to speak. Some people will take their time, sounding very real and relaxed – but talk for 50 or 60 seconds; nowhere close to 30. Other people will rush as fast as they can, and even though they have 30 seconds, they’ll race to match their internal clock, then stop after 15 or 20, gasping for air.

Great voice actors learn what real time is, rather than perceived time. Tell my friend Beau Weaver, for instance, that you need a piece of copy to be read in 26 seconds, and he’ll nail it almost every time in the first take. But unless you’ve developed that uncanny timing that a great voice actor has, you’re going to have to work on it.

The cure is a simple one: rehearse. And rehearse OUT LOUD, because it always takes longer when you enunciate clearly and inflect words audibly instead of silently.

Start with real-life Content first (books, articles, etc.) and try to stop after 10 seconds, then 30, then 60. Then take that to what you do on the air. In a short time, the difference will be dramatic, and you’ll have more “command presence” as a result.

Plus, as with many things I coach, it’s like life after sex. Once you’ve done it, you can never go back to the perspective you had before it. 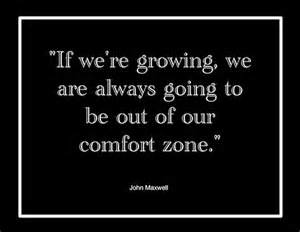 The urgency of the day makes it difficult to think about tomorrow. And yet, the end of another year can be that time when we ponder our lives, our own mortality, and thanks to George Bailey, whether our lives are making a difference!

“What you are going to be tomorrow you are becoming today.” John Maxwell

I’m told that the most common New Year’s resolutions are about quitting smoking, losing weight, and starting a regular exercise routine. Maybe these concepts that can be applied to help make your radio station healthier.

We know it is an unhealthy habit but clogging up your radio station’s arteries with bad programming can be addictive, as well. We justify by saying we’ve always done it that way, or that a donor would complain if we stopped, or we can’t get the air talent to do their show prep, but we know deep down our station would be healthier if only good stuff was flowing through our programming veins.

Most stations have weight they can shed as well; weight made up of programming that doesn’t meet the primary needs of why people listen. The discipline of losing weight isn’t much fun, but the benefits are tremendous!

But beware! Just like your chain-smoking friend who knows better but still doesn’t quit, change can be difficult even if that change is for good.

“Change brings new choices that create uncertainty. Think of how in an unfamiliar place you gravitate toward a familiar face… the most familiar place is always the status quo.” ~”Switch: How to Change Things When Change is Hard”, Chip and Dan Heath

On the surface, it may seem that Howard Stern on satellite, great books, popular TV shows, and your favorite local radio personality may have little or nothing in common. But they all share one thing that I believe is the key to great radio: They all are INTENSELY personal, but still universal.

Both of these factors are important.

Many Air Talents are very personal, talking about their lives, experiences, and challenges. But if the subject only means something to them – if it’s not universal enough for Listeners to feel a common bond with, a “Boy, I know what you’re talking about” emotional connection – it doesn’t work.

The flip side of the coin is the Talent who talks about ‘top of mind’ universal subjects, things that everyone goes through, but doesn’t bring a personal element – a story that leads to an opinion – to the table. So there’s no emotional bonding.

I’ve often described great radio as open-heart surgery that you perform on yourself.

Choose the right subject matter, then POUR yourself into it.

Note: I have very specific tips for how to get into sharing things about yourself. Without learning them, it’s easy to just come across as self-absorbed. 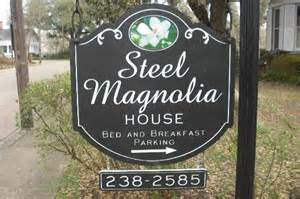 I was channel surfing the other day and I stopped on the movie “Steel Magnolias”.

“Steel Magnolias” is the story of a close-knit circle of friends who lives come together at Truvy’s Beauty Parlor in a small town in Louisiana.

I used to ride my bicycle down that street!

It’s a clever movie and won some awards, but that’s not why it caught my eye.

You see, Steel Magnolias was actually filmed in the town where I lived during six of my Wonder Years. The man who wrote the original play went to high school with my brothers and lived one street over.

Advertising guru Roy Williams says, “People will be more interested in your home movies if they are in them.”

You watch a movie differently when it is based in a place you’ve lived a part of your life.

You listen to a radio station differently when its based on the things your life is about.

“Technology is certainly an issue for my company, but it won’t be me that ‘sees where the puck is going.’ Instead, I’m concerned with giving an impactful voice to those in my company who do see where it is going and can propose fast solutions to “get there first.” In our case, this includes some of our youngest and newest employees.” – Nancy Dearman, CEO, Kotter International

I’ve quoted hockey player Wayne Gretsky plenty over the years, as it’s great advice in looking at trends, and planning the future. If you can see where trends are headed you’ll be able to better adapt to change. But as Ms. Dearman notes, top leadership, who make decisions for the future, may not see the same things as a younger person. It’s not a matter of future “blindness” as much as it is a differing perspective.

But, and it’s a big but, I don’t see much of the radio industry investing in younger people who have a different perspective. Upper management is so focused on where the radio “puck” is going that they miss the bigger picture of where trends are leading. One day, as radio is paced by growing technological choices, those top management people will be stymied about the bigger picture of the future.

Here are a couple of simple thoughts about how you can help stay in touch with the bigger picture:

1. Talk to the Millennials you work with. Yes, just talk. Don’t ask them about radio, ask them about what they see in their future. What does the future look like to them?

2. Listen. You have to listen, and really hear what they’re saying. Avoid the “Yeah, but…” approach to conversation, and just listen to their picture of the future. Ask questions and understand what they’re saying. Later you can think about this picture and try to understand how your organization fits in it, but start by intently listening to them.

Isn’t it great? You have people in your life you can talk to and learn from. You’ll have a clearer picture of the future. And, it’s virtually free to pursue their perspective.