You’ve heard this, and you’ve seen it done on TV commercials, too. One person starts a sentence, but then it’s split up as another person continues it.  I saw a TV spot where EVERY sentence was split up among several different people.

And I can’t count how many morning show promos have been done this way.

This is just editing gone crazy.

Give yourself permission to sound more plausible.  Don’t split sentences up.

In real life, when someone finishes the other person’s sentence, it’s either too “cutesy” or just downright annoying.

Plus, you destroy the rhythm of the copy when you do those half-thoughts.  It’s difficult to match the other person’s tempo and emotional vibe, so it ends up sounding choppy.

One person does the greeting. The other does the main message.  The first person then tags it.  Each completes his or her own sentence.  You get the same effect – an energetic read – without having to rush like your pants are on fire.

(And it sounds more real.)

“You won’t believe what’s in the paper!”, I called out to my wife in the other room.  There it was – on the front page, something that wouldn’t have caught my eye even a day before.

Relevance.  It’s the most important factor in communicating to your tribe.  If they don’t care, if it’s not in their sphere of interests you don’t have a chance of holding their attention because there is no common ground.

Relevance is the common ground on which relationships can grow. In essence, building relationships is what all successful radio stations do.

Consider having monthly brainstorming meetings with your air talent to talk about what’s RELEVANT in your listener’s life.  Yes, our format is about things that are timeless, such as dealing with adversity, forgiveness, nurturing relationships, and our journey of faith.

But there are also things that are relevant because they are today; like back to school, trips to grandma’s for Thanksgiving, and the release of Star Wars.

Air talent that combine relevance (in general) with relevance that is today will be particularly ear-catching.

Oh, by the way, if you have a kid’s birthday party coming up I highly recommend Garden’s Mirasol Park.  We were there just yesterday for our nephew’s party.  It’s the first time I have seen a playground that has workout equipment for the parents.  How cool is that?

Maybe they’ll write about it in the newspaper!

George Carlin used to do a routine about how we’ve “softened” our language. How “shell shocked” morphed into “battle fatigue”, and then, over time, into “Post-Traumatic Stress Disorder” – or the even more nondescript PTSD, which makes that terrible condition sounds like it can be cured by taking a Midol.

In many ways, radio’s guilty of this, too. A tragedy happens, and all we hear is “Our hearts and prayers go out to them” instead of showing real concern. In today’s PC News, “alleged perpetrators” doesn’t sound the same as “the guy they think robbed the store,” and you’re doing someone a favor when you say he’s been accused of “spousal abuse” instead of beating up his wife.

Let’s lighten this up a bit:
Personally, I saw this coming a long time ago, when the first hard drug I ever had—sugar—became unacceptable to cereal manufacturers, and Sugar Crisp became the soft, lovingly castrated “Golden Crisp.”
GOLDEN CRISP? What the heck is that? Sounds like how French fries should come out…golden crisp. And the Sugar Bear, that lovable dispenser of this children’s version of heroin, became the Honey Bear or Golden Bear or something. No, wait…Jack Nicklaus was the Golden Bear. Oh well, that’s not the point.

But this is: Don’t get so generic or politically correct in your language (or your format or your subject matter) that you lose your PUNCH. Smooth peanut butter may sell more, but it feels better to eat a glob of CHUNKY.

Have some GUTS. (Not “intestinal fortitude.”)
Show some SPUNK. (Not some “spirit.”)
And by the way, Mother Goose, Jack did NOT fall down and break his “crown.” He CLONKED his head on a big ROCK, and now he’s bleeding like a stuck pig.

Your language should convey EMOTION. Generic language makes you seem like you don’t have any. 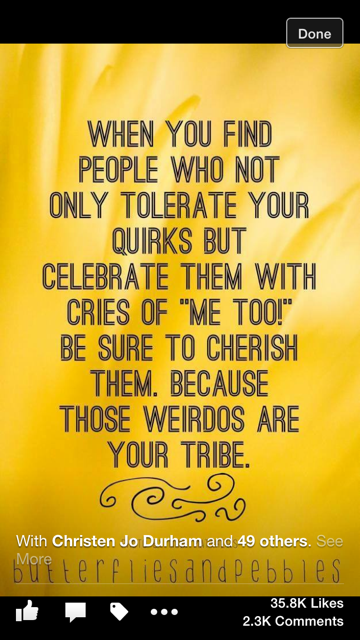 Just the other day, I heard from a young man who said he does a Talk show, and wanted some coaching. He described his show as “focusing on politics, current events, and whatever else comes out of my head, with my main influences being Imus, Limbaugh, Johnny Carson, Dick Cavett, Wolfman Jack, etc.”

I felt like I was on the old TV show “Lost in Space”, with the robot saying “Danger, Will Robinson!” First of all, that’s a pretty diverse list of influences. Wolfman Jack? I loved the Wolfman, but for a talk show host? That’s like wanting your hair to look like Moe of the 3 Stooges.

Anyway, as with every inquiry, I asked him to send an aircheck, so I could see where he was in his skillset and then determine if I could help him. (I don’t take on clients just because they want to pay me. I live for making radio great.)

Turns out, he was a college kid, working on a college station—which, of course, was horrible. (No repercussions, meaning ratings = no learning.) And his show was just disjointed rants, screaming at the listener to make his points, and pretending to talk to (read that “lecture”) political candidates like Hillary Clinton in this case (who, of course, is not listening to you).

However, I really couldn’t blame him. He was just parroting back his version of his role models, without really understanding that (1) just because it works for someone else doesn’t mean it will work for you, and (2) those influences may not even be valid in today’s hummingbird-attention-span era.

I did try to help him, giving him a free coaching session, but the operative part of this is realizing that you are a role model, whether you want to be or not. Someone is listening to you, then trying to imitate you, as a first step toward finding himself.

So today, ask yourself “Am I a good role model?” I’ll tell you right now the biggest single factor in becoming one: don’t sit on your can thinking you’ve got it down and you don’t really have anything left to learn or to prove. Because the last thing you should ever want is to be cited as a role model for someone who doesn’t sound good.