Many air talents these days can be virtually crippled before they even get to the point of a break.  New theories of what works best for PPM are bandied about every month – many of them “incomplete thoughts” (like the “you have to do a tease at the end of each break” virus that’s going around now) – and many of them are based on faulty (or no) research, or are simply opinion without experience to back it up.

Let’s work on that a bit…

The SIMPLEST formatics are the BEST formatics.  All you really want is an efficient package of very basic things, but they should VARY from break to break.  Here, in order, are the techniques to work on.

Say the name of the station first, every time.  (There’s a reason the Jif label is on the OUTSIDE of the jar, not mixed in with the peanut butter somewhere.) The longer you take to identify who you are, the harder it is for the listener to remember you.  And no, you can’t just rely on PPM devices to reflect that, because first of all, not every market is a PPM market, and secondly, PPM is simply the report card on listening AFTER the listener has decided to tune you in, which he wouldn’t have done if he didn’t know who you are and where to FIND you – which is easiest when they hear the name first.

To PD’s who complain that this sounds the same every time or it’s boring, I remind them that this is not a reason to hide your name.  Every single time a network TV show comes out of commercials, they flash the logo on the screen, first thing.  We have to do it vocally.  So this means that you have to coach the jocks to say the calls like they MEAN something; like we take some PRIDE in working here.  (I coach many subtle techniques for this – matching the tempo of the song, matching the emotional vibe of the song, and for advanced students, even starting on the same NOTE that the song is playing.)  Burying something because you do it poorly is not the answer.  Get BETTER at it, instead.

Music stations’ basics should include the Artist and/or Song Title – but not always both, and certainly not always in that order.  (And sorry, but album titles don’t matter.  Who buys albums anymore?  We just download the 4 cuts we like from iTunes.  Stop thinking like an early 1970s audiophile.)

Your name, somewhere… not always in the same place.  And not every break.  Once in a while, in a song intro.  Always, when you stop down.

So the template is:  Name of the station first, everything else varies.
I used to write little symbols for each element (calls, artist, title, temp, time, my name), and just switch them around each break, so I didn’t repeat the same things in the same order over and over again.  It worked like a charm.  And of course, except for the name of the station, not every element was in every break.

Now comes the real art.  With the opening “basics” out of the way, get into your Content in ONE line, two at the most.  Any longer than that sounds needlessly wordy.  Think “newspaper headline” (assuming that anyone remembers what a newspaper looks like).

If you do this right, you’ll be consistent, but you’ll have slight variations every break, which makes the brain receive what you say as NEW information every time.  (Brainwave mapping has proven this.  It’s not just an opinion.  It’s called the Fourier Transform, and was developed at Cal Tech.)

It won’t take long to master this stuff – if you start NOW.

We didn’t sweat like the other kids, and that made everyone else really envious.  You see, we were the first classroom in the school to have air conditioning.  That’s about all I remember about being in the sixth grade.

Do you know what your listeners care about?  Or maybe a better question is… do you use those things to design your station? 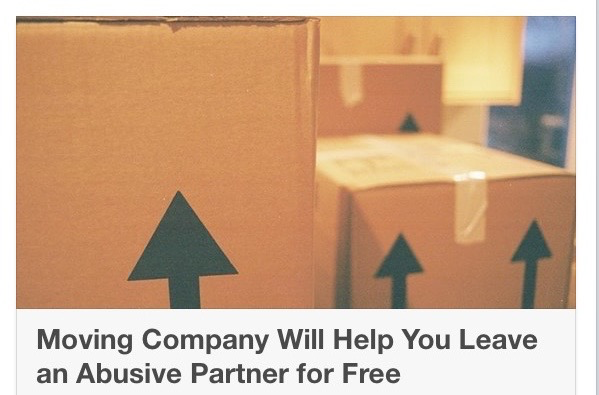 “Trying to control what other people think is a trap.  At the same time that we can be thrilled by the possibility of flying without a net and of blazing a new trail, we have to avoid the temptation to become the audience, to will them into following us.  Not only is it exhausting, it’s counterproductive.  (Success) happens because you’ve made something worth buying, because you’ve outlined something worth believing in.”
~Seth Godin

Our format is, or can be, about things people already care about… and… this is really important, they would still care about those things even if your station wasn’t around.

“Lots of people are trying to sell what people don’t want.  Don’t be one of them.”
~Roy Williams 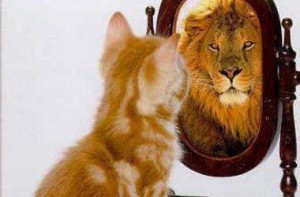 Most of us are familiar with the Hans Christian Anderson story of the emperor who has no clothes.  Many aren’t clear of the facts behind it, though.

In the actual fable, two weavers promise an emperor a new suit of clothes that is invisible to those who are unfit for their positions, stupid, or incompetent.  When the Emperor parades before his subjects in his new clothes, no one dares to say that he doesn’t see any suit of clothes until a child cries out, “But he isn’t wearing anything at all!”

I’ve often told people that the first step between management and leadership is an understanding of self.   We’re all ready to tell others about our strengths, but not many want to acknowledge their weaknesses.  When they look in the mirror they see part of themselves, not all of themselves.  We tend to want to hide from our weaknesses and only see us as it is in our minds.

One of the major themes in science fiction is that as the technology gets better, the skills atrophy.  That’s why you see those old monster movies where alien beings had giant brains, but machines and computers did all the work for them, since their arms and legs had gradually degenerated to being useless twigs.

On our own planet, in Music radio, we’re hearing more of this “the machines are taking over” factor all the time.  In a music sweep, for example, a song’s ending is a chord that hangs for 3 or 4 seconds, but one-tenth of a second into that hang time, the next song slams in (or the antsy jock starts talking), abruptly cutting off both the previous song and the mood.  Cue tones on music, Imaging, and commercials are often set to fire the next element too soon, so the last word obliterates the beginning of the next thing, or gets drowned out by it.  Or a song will end with a fade, but instead of hitting the next element at the end of a sentence, where it would seamlessly appear, we hear an extra couple of words (“And…if…”), then BLAM!… next song.  Woof.  Clumsy.

When it doesn’t even sound like you’re engaged with what you’re doing, why should I be, as a listener?  I constantly hear stations with live jocks that sound voice-tracked because of their lackluster board work.

As a Talent Coach, I want to help everything you do, not just what you say.  Try this exercise: run the board manually for a few days, only putting it in “auto” mode when you go into stopsets, and your board op skills will get razor sharp.  An element of FEEL will enter the picture, and then the cue tones can be changed to match it.  Slamming songs (or elements) together is careless and random sounding.  But waiting too long to hit the next thing makes the momentum stall out.  The right timing is somewhere in between.  The right place to hit the next element in a sweep isn’t “at the last place” in the song you’re playing.  It’s “at the last LOGICAL place.”  Let that little artistic touch into your brain, and you’ll sound alert and in control – and like you’re actually listening to the music with me.

Then, when you open the mike to say something, maybe I’ll pay more attention to it, because something as simple as your board work drew me in a little closer to you.

“You do not lead by hitting people over the head-that’s assault, not leadership.”
~Dwight D. Eisenhower 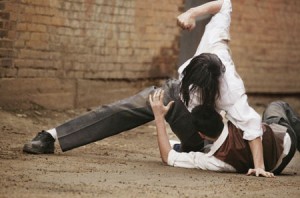 “Pray for me, I’m having an aircheck tomorrow.”

That, I thought, was a strange prayer request.  But then again, maybe it’s not.  I thought about some of the aircheck sessions I’ve been subject to… and, I’m sorry to say, some of the ones I held when I first became a P.D.

I’ve never seen a talent managed, bullied, or threatened into becoming better.  In every one of these cases it’s more about control than development.  Unfortunately it’s more prevalent than people want to admit.  I’ve seen talent reduced to tears, made to feel like a failure, and even pushed into depression.  As “Ike” says, “that’s not leadership, it’s assault.”

Talent is coached, fostered and led.  If you want to help someone improve, be it talent or your direct reports, you have to be their coach.  Don’t think Bobby Jones, think John Wooden.  He was demanding and tough, but also loved and respected.  Every player knew where the boundaries were.  I’ve never heard of a Wooden-coached player who didn’t respect Wooden’s way of strengthening their lives while he made them better.

What’s the difference in mindset?  Those who try to manage talent are all about what they want.  Talent developers are all about helping the other person grow.

I have a simple solution, but no one has ever tried it.  If the “coach” was told that for everyone they couldn’t develop, and wound up firing, deduct 10% from their annual salary.  You might also try the “I suck” award.  If someone has not grown after 6 months the award goes up on the wall… and stays there.   You’d get 10 awards if you had to fire them or they quit.

If you were working with me, and you wind up having to fire someone for anything but moral failure or insubordination, you’ve failed, not the other person.  Blame everyone else for everything, denigrate the other person all you want, but you’re the one who loses.