There used to be a thing in Reader’s Digest called “Laughter, the Best Medicine.”

But often, at least to someone my age (I was a kid then), it was lame.

Think about this, as it applies to radio.

Genuine, “can’t help it” laughter IS great “medicine”.
But laughter that comes across as some sort of “default setting” reflex, or that icky “trying to MAKE me think it’s funny” laughter is POISON.

People can tell when it’s real. Go ahead and argue if you want, but it’s true.
I tell people to try NOT to laugh, so when you do, it’ll be genuine “snot bubble” laughter.

George Carlin once said the goal in school was to make the guy next to him at the lunch table laugh so hard that he snorted an entire cheese sandwich up his nose.

Listen to some audio of your show and ask yourself this: “Did the laughter sound real?”
(Hint: If you really need to ask that, it didn’t.)

It was an innocent enough question, I thought.

Do people you run across seem to know about the station?  The lady hired to drive the station van around the city all day long responded, “No.  They think I’m selling fish.” 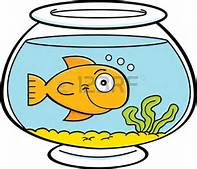 We’re consumed with ourselves.  Everyone we know knows our station. “The Curse of Knowledge” puts us in a position where we can’t even comprehend what it is like to NOT know what we know.  It’s that “imagine the world without the color blue” thing.  We can’t.

We think we’re designing and selling to everyone, but that doesn’t match reality…

Growth comes from person-to-person communication, from the powerful standards of ‘people like us.’  And it comes from activating people who are ready to be activated.”
~Seth Godin

I know of a radio station that achieved an historic #1 ranking in Women 25-54 in part by an influx of quarter hours from new people in the ratings panel.  Those weren’t new listeners mind you, they were just new panelists.  In other words, they weren’t listeners that we manipulated, they were already fans ready to be activated.  And they were fans for a reason.  They were fans because that station mattered to them.

We can’t adjust our tactics in an effort to manipulate our listeners into changing their lifestyle for one more quarter hour.  They don’t even know what a quarter hour is, AND they think we’re selling fish.

You can’t manipulate your way to number one.  There are no short cuts.

You have to do things that matter.

Often in coaching, I find that the best examples may lie outside the radio arena.  A lot of the techniques and strategies I teach come from movies, music, and Sports.

At one station I work with, finding the right partner in a team show has been an ongoing issue.  Having worked with literally hundreds of team shows, I was brought into the discussion of “what to look for.”

My example had nothing to do with radio:  John Lennon and Paul McCartney.

Lennon was primarily known for aggressive, edgy songs like “Revolution,” “Day Tripper,” “I Am the Walrus,” “Help!,” “A Hard Day’s Night,” etc.

McCartney was mostly known for pretty songs, like “Yesterday,” “And I Love Her,” “Let It Be,” “The Long and Winding Road,” “Hey Jude,” etc.

But Lennon also wrote beautiful songs:  “In My Life,” “Girl,” “If I Fell,” and “All You Need is Love.”  And McCartney wrote some really powerful, straightforward rockers, like “Can’t Buy Me Love,” “Helter Skelter,” “Back in the USSR,” and “Drive My Car.”

And THAT’S what you want in a team show:  people who may be defined by ONE thing each of them does, but they CAN do other things.  Picture the Olympic rings – slightly overlapping circles with a common area they share, and a larger area that’s unique to each.

Two people who are nothing alike can result in a tug-of-war on the air.  Two people who at least have SOMETHING in common, but come to that only once in a while to join forces – well, there’s that “extra dimension” that you should be looking for.

It was a sunny day at the Blue Lagoon in Nassau, Bahamas.   A bunch of us were laying out on the beach in front of the lagoon when it came time for a water challenge to see who could get across and through the obstacles first.   It began with a young man on the cruise none of us knew, and Bill Corbin, leader of K-LOVE‘s pastor team.

They both jumped, ran and climbed, but it became clear Bill would win, and he did.

But then he jumped back in the water and swam to where his “competitor” was still struggling and began to encourage him through the rest of the obstacles until he too had completed the course.

It was an incredible demonstration of the value of leadership.   Bill didn’t do an arm pump and take a victory lap, he turned back to encourage.

We think of leadership in directive terms, telling people what to do, and often how to do it.   We’re very good at being “corrective”, too, but we don’t think as much about encouraging our own team members, cheering them on to their own victory.

Leadership isn’t just about finding difficulties and correcting them, that’s management.   We can always find something wrong, and it’s easier than being the encourager, which is leadership.

Sometimes it seems that way back in the darkest parts of our minds the “corrector” lives, ready to pounce.   But, like all good leadership, it’s a choice.   One seems easier than the other.   One gives you temporary short term improvements, and the other allows you to help the other person grow and accomplish long-term, valuable growth.   One creates a better employee, and the other creates a better, more motivated person.

Which one do you think is most apt to help you achieve your goals? 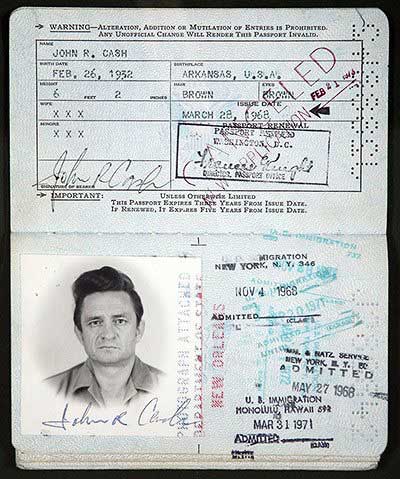