Successful principles of business, leadership, programming, or ministry aren’t common. They are the exception. Think about it.

Otherwise, all businesses would be successful, there would be no leadership challenges, churches would be full every week, all radio stations would have high ratings and we’d all have dated the prettiest girl in town.

Successful principles are the exception, not the common. There are 11,000 business books published each year. I looked it up. If these principles were merely common sense there would not be the demand for these lessons learned. A few years ago I had the privilege of being in studio when Bill Hybels interviewed former GE CEO Jack Welch for Willow Creek’s leadership summit. Nothing Jack said was common sense. It was deeper than that. 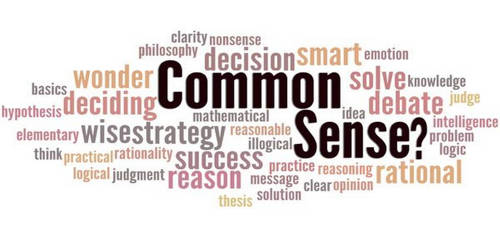 “In his years at GE, Jack probably spent more than half his time getting the right people in the right places and then helping them to thrive.”

At first glance, successful principles can seem out of whack or counter-intuitive. Leading is about serving. Being perceived as having more variety is achieved through playing fewer songs. Reaching a broader audience is about focusing more narrowly.

“Keep learning; don’t be arrogant by assuming that you know it all, that you have a monopoly on the truth; always assume that you can learn something from someone else.”

I’m told that hundreds of general managers and program directors around the world read these Frost Advisories each week. Today, you will likely face a decision about your radio station where it would make sense to use common sense.

Before you react, I suggest you look for a similar situation and try to learn from that success story. Train yourself to value, not resist, expertise and experience.