Time for a little “basics” check. How good are you at saying the name of the station? There are a lot of different factors that play into this supposedly simple thing…

First of all, you should say them first—the first thing out of your mouth when you start a break. Not just “somewhere in there”. There’s a reason the Jif label is on the outside of the jar. They don’t put it inside with the peanut butter.
When you say “That’s ‘Thinking Out Loud’ by Ed Sheeran on 92.9 KSLL” that’s about Ed Sheeran, who’s on 1200 stations, one of which happens to be yours.
But when you say “92.9 KSLL and Ed Sheeran with ‘Thinking Out Loud,’” it’s YOUR song. You own it, and that’s the kind of music that YOU play.
Ownership MATTERS.

Yes, I’ve heard PD’s say “but it sounds more conversational to just drop them in at random.” But branding isn’t about being “conversational”. It’s about branding. (Which, by the way, is why you shouldn’t just segue two songs back-to-back without a short produced piece or a jingle between them that gives your name. You’re just throwing away a branding opportunity. PPM will never measure someone who doesn’t tune you in a second time because they don’t remember who you are.)

But let’s move on to the performance itself—the art of saying the station’s name. Here are just a few of the techniques I coach:

1. As a voice actor, you have to be able to deliver it in multiple ways, with several different inflections and variations in timing. It’s easy to just toss the name out like a robot, which always sounds like you’re just trying to get it done with so you can get on to the more “important” stuff. (I’ve actually edited together every time a talent says the station’s name in an hour so he or she could hear the bad habits that have set in — same tone of voice every time, same inflection, always going down in pitch at the end—there are tons of them.)

4. Starting on the same NOTE the song is on. (The great Marice Tobias also teaches this.)

Suffice it to say that unless you’re good at saying the name of the station—the first thing you should master—chances are that people won’t remember you, and ratings won’t be as high as they could be. I’ve seen Arbitron entries for stations that don’t exist anymore, and air talents that have been DEAD for two years. That’s the power of good branding. 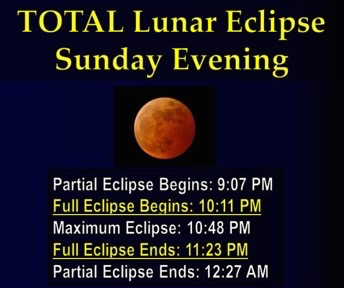 Beau Weaver was simply the best radio jock I ever heard, period.

Now he’s now a very successful voice actor based out of Los Angeles, and still one of my closest friends. We first met and worked together as babies several hundred years ago, when Gordon McLendon hired us as part of the staff at KNUS 99, the station that put FM on the map in Dallas.

We were all very young, and constantly running thoughts and techniques by each other, trying to find ourselves as jocks and Production talents. The other day, Beau reminded me of how he’d often play me a spot or promo that he’d done, and I’d keep repeating two things to him: “Don’t use your voice, and don’t try.”

Those are still the two starting places, either for young talent, or for old pros trying to update their sound to still be valid in the 21st century. Let me explain why…

Don’t use your voice.
When you “use” your voice, it sounds phony. The broadcasting world is still far too stocked with people on the air who just LOVE their own voices, and “puke” too much or shout at the listener in an effort to sound “big” or to “impress” them. (Are you listening, Kenny Albert? I’m not 40 feet away. There’s no reason to scream at me.)
Just talk.

Don’t “try”.
It’s not that you don’t want to give it a professional effort. Of course you do, but when you try too hard, you sound strident. That doesn’t bring anyone closer to you; it pushes them away. You pull people toward you by really understanding your “instrument”. Study great actors, and you see the value of LESS volume, less projection. For instance, Tom Hanks doesn’t have what radio people would call a great voice, but he can make you cry. Here’s another great example: Matt Damon at the end of “Saving Private Ryan” at that graveside, turning to his wife and softly saying, “Tell me I’m a good man.” It gets me every time.

Until you fully realize all the techniques available to you that can sway people, you’re just going to be one more voice in a sea of voices, quacking away on the air every day. (And good luck trying to be a voice actor. I’ve been to auditions where they’ve asked “Anyone in radio?” and when some people raised their hands, they were told “Thank you; you can leave.” They never even got a CHANCE to read, because the last thing anyone wants for a national spot is the “deejay” delivery.)

If you’re not in touch with this yet, you need a coach.

Oh, and go to www.spokenword.com to hear Beau Weaver’s work. Whatever he doesn’t have, you don’t need.

I recently attended a church in another city that is very strategic about the things it does, the things it doesn’t do, and how it communicates.  As a result, more and more people are being drawn to that church resulting in additional services, building facilities, and three satellite campuses.

Most Christian radio stations aren’t growing their audiences at all. In fact, it is the format with more stations and fewer listeners than any other format, according to our buddies at Nielsen.

Growing stations are ones that are purposeful about everything they do. Here’s a suggestion on how you can evaluate your station.

The pastor at that church would never consider giving a message to preschoolers the same way as he does to seniors.  Nor would he consider communicating in the same way to the college crowd as to those in elementary school.

Most stations get the “target demo” thing, but I’m suggesting it is also important to understand the life cycle of how people listen to your radio station. 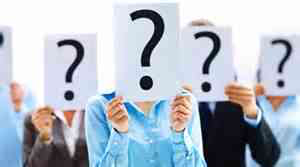 New listeners are like window shoppers.  They aren’t very familiar with the music and may have a vague sense of what your station is about.  They don’t get the secret handshake.

Casual listeners tune to your station from time to time, perhaps when they are in a particular mood, but for some reason haven’t yet bonded with your station.  They don’t get the secret handshake either.  (Detect a trend?)

Your fans love the music and are the ones most likely to give you their opinions and get involved with station events or concerts. Since these are the only people we ever hear from we tend to make our programming decisions, particularly when we react to complaints, assuming that everyone thinks this way.  (Not even these folks get the secret handshake! ‘Reckon that’s why it’s called ‘secret’).

If you think about the scope of things on your station, it is a relatively simple exercise to determine which programming elements would most appeal to which group of listeners.  If your radio station isn’t growing its audience it is likely because your station isn’t consistent with the programming elements and presentation style that would most appeal to new listeners.

Unless you’re surrounded only by someones, you will almost certainly encounter everyone.  And when you do, they will jeer.

That’s how you’ll know you might be onto something.” Seth Godin

Especially with young air talent, it’s important to go over the basics. But the basics that are being taught today sometimes ignore the nuts and bolts of how to go about constructing each break.

There are three parts to any break on the air—Beginning, Middle, and End. That seems pretty obvious, but here’s the part that’s not obvious: Start with the Ending FIRST. Then work on the Beginning. The ends shape the means. When you’re clear on where you want to go, you’ll be able to make the “entry” more concise. (And we know that not wasting people’s time is the biggest lesson for anyone on the air, especially someone who doesn’t have much experience.) Plus, being sure of both the Beginning and the Ending helps the Middle go in more of a straight line. (No “chasing rabbits”.)

Try this for a week, and you’ll see how simple everything gets.