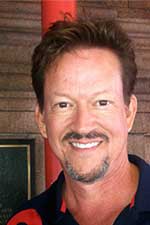 John was a part of the creative team for trendsetting formats such as Smooth
Jazz, Young Country, sports radio, and Modern AC.

John served with Alan Mason as Vice President of Programming for Paxson’s 47-station group headquartered in West Palm Beach, Florida, where John and Alan’s involvement with Christian radio began as a result of a tithe from Bud Paxson to WAY-FM.  Mr. Paxson, founder of Home Shopping Network, believed that Christian radio could have the greatest impact if it embraced the
strategic principles and disciplines of Paxson Communications.