Jose’s portable beachside mercado in the Dominican Republic was overflowing with one-legged pink flamingos, hand painted maracas (“you no buy, you no shake”), and a framed velvet Elvis or two; just the kind of high quality merchandise to tempt even the choosiest vacationing American. Jose was nice enough to stop me and point out his selection of genuine Cuban cigars. “You pay three hundred,” he says, “but I give you at one twenty five.” A steal of a deal, I thought, after using my high school Spanish to wrestle him down to only $50 per box.

Back in the good ole USA my friend Mike opened his new box of cigars and immediately sensed something was wrong. The cigar paper was wrapped haphazardly. The aroma was dull. A strand of straw was sticking out the end of one. 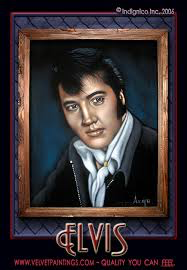 I had been had. Como se dice “ripped off”?

Had I sought counsel from someone experienced in buying cigars I would have been saved from making a rather simple mistake. But because I don’t smoke and had never purchased cigars before I lacked basic understanding of what to look for, or even what questions to ask. My inexperience led me to make assumptions, and those assumptions left me vulnerable to Jose’s beachside salesmanship.

“To move and audience, especially a diverse audience, from where they are to where you want them to be requires common ground. If you want me to follow you on a journey, you have to come get me. The journey must begin where I am, not where you are or where you think I should be.

…If the journey begins with the assumption that everybody here knows what we are doing, you will eventually have an audience of people who already know what you are doing. If your journey begins with the assumption that everybody in the audience is a believer, then eventually your audience will be full of believers. Who shows up for Third Day concerts? Primarily people who know and are expecting Third Day music.

Now, about that velvet Elvis…