Robert Osborne passed away last month.  One could say he was just a senior citizen who did nothing more than fill the time between old black and white movies.  They would be wrong.

“It’s always the personality between the content that makes the experience of the brand larger than its parts.  True in radio.  True on Turner Classic Movies: TCM”
~Mark Ramsey 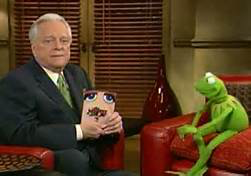 “I get stopped on the street all the time,” he said in an interview with The New York Times in 2014.  “People say: ‘You got me through cancer last year.  You got me past unemployment.  You take me away from my troubles.’  Exactly what movies did in the ’30s and ’40s.”

“Mr. Osborne appealed as much to moviemakers as he did to moviegoers… He got us excited and reawakened to the greatest stories ever told with the most charismatic stars in the world.”
~Stephen Spielberg

You have a choice.  Your radio station can be nothing more than generic liners and promos delivered by passionless deejays, or it could be what Mr. Spielberg infers, a compelling design of interesting people sharing a passion for the things your listeners love.

“A concert isn’t merely about the music, is it?  And a restaurant isn’t about the food.  It’s about joy and connection and excitement.”
~Seth Godin

At TCM Bob Osborne was about what their fans were passionate about.  The personalities on your radio station should be, too.