I don’t like to brag but I was third chair Sousaphone player in high school band. I could puff out my cheeks right along with the best in a three county radius. My West Texas public school education learned me a lot about good music.

But enough about me. I wonder what we could learn by comparing the design of a radio station to that of a great song.

Let’s start at the beginning. Perhaps you’d like to take notes. 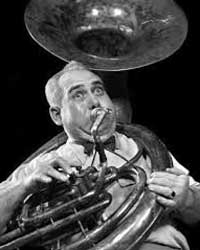 Change is also an important part of the design of a song. (Whew! I really did connect those concepts!)

Observe, class! Many songs have this kind of structure:

Each is a change in the song’s design. Each has a distinct purpose.

The verse establishes the story of the song. All verses tend to use the same melody line so the song becomes more familiar as you hear it. (Great stations are familiar stations).

“Most hit songs get to the chorus in under a minute from the beginning of the song (including the introduction). Keep in mind that the longer the listener has to wait for the chorus or payoff, the higher the chance that you will lose the listener along the way.” (Great stations pay off on why people listen).

“The bridge provides the listener with a few moments of something different before going back to the chorus again. Also, the release should sound different musically from both the verse and the chorus, otherwise it’s not doing its job.” (Great stations design change into the product.)

Fast to slow, laughter to tears, serious to funny. Designing change into your station will make something good even better.

Inspired by a recent conversation with Brad Linnard of UCB-Canada