“You can learn a lot by just watching”, said the great philosopher Yogi Berra.

My talented friend Lisa Barry recently watched and learned from a lady who does sign language in church.

Lisa shares, “In order to ‘sign’ a song about Passover, she has to start with Jerusalem, so she signs that first even though it’s not in the song yet.  THEN, she signs Jesus, which is her index finger sweeping across in front of her.  So the song makes sense with Jesus walking into Jerusalem – even though in the song Jerusalem comes second.

Sherwood Schwartz, the creator of many of the popular TV shows in the 60’s and 70’s including “Gilligan’s Island” and “The Brady Bunch”, told a remarkable story of ‘what’.

When he initially took the pilot for Gilligan’s Island to CBS it was rejected.  The execs told Sherwood that viewers would never understand why such an odd assortment of characters; a movie starlet in a long dress, an eccentric rich couple, a geeky scientist and a tomboy; were stranded on a desert island together. “I’ll show you”, Sherwood responded defiantly, and he went home and wrote the now famous theme song that explained the ‘what’ in only sixty seconds.

“Just sit right back and you’ll hear a tale…” 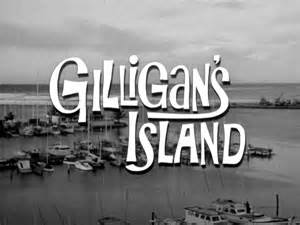 Even the best stations in the format have to fight the assumption that everyone knows the ‘what’.  What does your station stand for?  What is its purpose and its vision?  How does ‘what’ you’re doing connect to the most important things in their life?

Here’s something your boss will probably never tell you:  Don’t try.

How this translates to what we do is that sounding like you’re “trying” can be felt on the other end of the radio, and it pushes people away.

It’s got to seem easy, spontaneous, like you just thought of it.  When you attempt to “sell” something, you’re missing the whole point.  We want to SWAY the listener, draw her or him a step closer, convince that person break-by-break, day-by-day, that listening to you is the most valid choice.

I’m not saying you shouldn’t give it your best effort.  You should be conscious of making even the simplest, most mundane break you do be bright, tight, pro, and polished.  But “trying” comes across as “trying too hard” – maybe even begging for attention or validation.  That never works.

“If a brand is to really make a connection and to spark word of mouth, they must speak to the customer like a friend.”
~John Moore 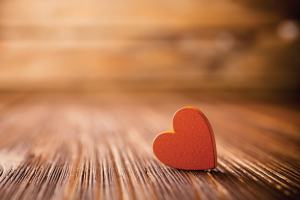 You know, Facebook, Twitter, Instagram, Pinterest and the others can be quite seductive.  You post something, get some responses, a few forwards and it feels like you’ve really accomplished something.  And you probably do accomplish… something.  But we don’t yet understand what a “like” means or if “thumbs up” means more listening.   At a recent radio conference Mark Ramsey reviewed a study that showed no correlation between Facebook likes and success.

In books like “The Passion Conversation” and “Face To Face,” and several independent research studies, it becomes clear that over 80% of word of mouth conversations happen in RLRT, or “Real Life, Real Time.”  That should get your attention.

So instead of social media, it’s digital interaction, and the smart people will be planning for the bigger picture rather than just the smaller picture one.  Effective must overcome easy.

I know online interaction is easier to do, and I know it reaches a lot of users, but it overlooks the human or people part of the equation.  The more effective interactions come from people to people efforts.

When Brant Hanson of Air1 decided to have the staff and band greet the listeners as they arrived for a concert, walking down a red carpet to their seats, that was human social interaction.  Those people didn’t just attend, they bonded.  When country stations do backyard barbecues with artists, they’re not just getting together for food, they’re bonding in a human way.

If you haven’t read “The Passion Conversation” you need to.  It’s written by an acquaintance of mine, and someone I’ve talked about in the past, John Moore, along with some really smart people from a group called Brains On Fire.  It really is about building passion, and that happens most often in RLRT.

We see them but we hardly think about them.  The 4-way stop.

What’s their purpose?  To stop all traffic?  Silly question, I know.  That seems hardly the intent, but…

Everything stops.  No traffic flow.  No one moves.

Every radio station has things on the air that PREVENT it from delivering the very thing that people come there for in the first place.  Sounds crazy, doesn’t it?

Maybe it’s political – the boss has a radio show where he plays whatever music he wants.

Maybe it’s the teaching/preaching show that has always been on the air so no one brings it up.

Maybe it’s the kids’ show/the teen show/the rock show/the worship show/NASCAR/high school football that someone at some time decided to put on the air for reasons you’ll never know.

The problem with 4-way stops is that… inefficiency is designed IN. Traffic… all traffic… stops.

Okay, so you’d like your air staff to get better, but you don’t think you can afford someone like me or Randy Lane or Valerie Geller.

Let me help you with this thought:  “It’s not ever about how good we are today.  It’s about what we can do tomorrow to get even better.”

True coaching isn’t scolding or critiquing.  It’s helping a talent always be refining things to get to another level.  Strategy – the station’s strategy, the sound you want your jocks to have, the momentum you want to build into your formatics – dictates Tactics, NOT the other way around.

A CHR station, for instance, probably won’t do well with the typical “Rock Dog” approach we still hear on way too many Rock or Classic Rock stations.  So you have to shape the on-air approach accordingly.

I would add two more guidelines:  [1] One “big” thing, one “little” thing per session.  For most air talents, this is all they can handle.  Some advanced talents can handle more points, but I’d still shy away from a “laundry list” of things in any one session.  [2] Be patient, but direct and specific in letting a talent know what you’re after.  “I’ll know it when I hear it” only means that you’ll never hear it.  Call a PLAY.

That’ll hold you until you can find the budget to hire a truly great talent coach.  (The two people I mentioned are excellent.  No doubt there are a few others.)