How you answer this question can determine the success of your station.  Relevant… or interesting?

In other words, does your station serve your listeners or just serve your own interests? 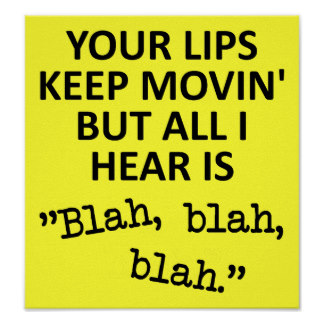 Hearing irrelevant content on the air is the result of air talent first looking for things that are “interesting” and then trying to make them relevant.  That is how one ends up hearing things like Shirley Temple’s birthday, National Pickle Week, and what I did on my summer vacation.

Without an objective filter of relevance to the listener, the talent resorts to becoming sort of a content assembly line, paying little attention to whether what they say enhances the listener’s experience or fulfills their expectations of the station.

Ego rears its ugly head when we assume that the listener will care about anything we decide to talk about.  It’s not true in life and it’s certainly not true in radio.

As a budding 23-year-old disc jockey I was hired at my first “big” station where everyone on the air was better than me.  Frankly, they were all so much better that my insecurities had me convinced that they had actually hired me by mistake.

After the ink on my deal was securely dried, I got up the courage to ask my new PD, “Why in the world did you hire me?”  He smiled and responded, “It was one break you did on your audition tape.”  He had heard me give a phone number on a throwaway PSA followed by, “you might want to write that down on the dust on your dashboard.”

That one unassuming break told my soon to be programming mentor all he needed to know about this young air talent; those who put the listener first are those who are willing to learn.

Chris Rice echoed that idea years later in his song “The Other Side of the Radio.”

“Cause it’s you and me singing the same song right now
And maybe this will bring us together somehow
And maybe there’s a million people all singing a long
Somebody started thinking about the third line
And maybe someone’s saying a prayer for the first time
And that’s enough reason to keep me singing my song,
Singing my songs, on the other side of the radio.”