The Frosts were big on hand-me-downs. Sigh!

I was often dressed in my two older brothers’ slacks and shirts. Fortunately, that didn’t happen with my older sister’s clothes, although I do remember the pre-adolescent embarrassment of having to wear my sister’s white sweater in the Christmas parade because I didn’t have a white sweater, and my parents sure weren’t going to buy me a white sweater that I’d never be caught dead in again. (That’s when I learned the coming-of-age reality of girl’s sweaters buttoning on the wrong side.)

On my 16th birthday and the day I received my Texas driver’s license, I received a hand-me-down of my mother’s Oldsmobile Cutless. I was thrilled that I had my own wheels and that it had an awesome Delco radio! (Yep! Radio geek even then). What wasn’t great was that it burned oil like an Arab sheik in a cranky mood. And the wheel alignment consistently pulled right after a few thousand miles.

I had to carry several quarts of oil in the trunk for when the thingamajig ran low. I knew I had to be on alert for when the steering wheel would start pulling after a few thousand miles. 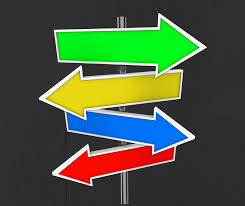 Every station has a default setting. I’m all too familiar with this as a visitor to stations on a quarterly or annual basis.

When left alone some stations, particularly the commercial ones, can become cluttered and noisy. Like forcing ten pounds into a five pound bag.

Other stations become slower and one dimensional. This often happens with non-commercial stations that default to structure over emotional connect. (Candidly, that often is just a result of not paying attention).

Successful program directors know the natural default settings for their station and anticipate them. This is often where an outside perspective can be helpful.

I guarantee that your station will eventually stray off course.

Will you have the cans of oil in your trunk to quickly refill the tank?