We radio folk tend to think of tune out as a benign little concept akin to teenagers button pushing looking for the latest Taylor Swift song. While that does happen and we should do our darnedest to minimize programming that results in tune out, there is a far more ominous idea lurking in the bushes.

Some people leave a brand and never come back.

What if we radio folk considered the seriousness of “tune out” as if the listeners were NEVER going to tune back in? That is, they were likely to leave the brand once and for all. 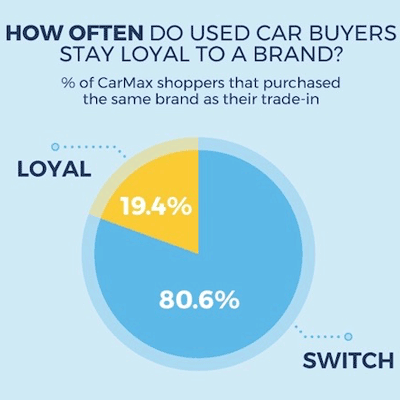 If we really considered tune out so serious they would leave our stations FOREVER what decisions would we make about:

I could go on and on.

If you knew your listeners were going to tune out and NOT tune back in, what would you do differently?

*True story. As I was pondering this Frost Advisory silence descended in the hallways of the radio station. Immediately several people leapt to their feet to make sure the station was on the air. Fortunately, only the hallway air monitors had gone out due to some electrical work. Even so, one person immediately gathered up several radios and placed in the hallways to make sure the staff could hear the station on the air.

This Frost Advisory inspired by a conversation with Jim Hoge, Dean O’Neal, and Alan Mason.