On last week’s show I delved into what we could learn from The Weather Channel as Hurricane Ida hit the Gulf Coast. Well, a week later many of us are still cleaning up after the storm flooded the northeast. In fact, my friends Matt and Cari had to be evacuated from their home in New Jersey by boat. Fortunately, they and their cat LBK are safely relocated to a nearby hotel.

Since the impact of the storm is still just as relevant as last week I thought I would continue drilling down into what we can learn from The Weather Channel.

The power of NOW. In our format we talk a lot about “common ground,” usually referring to things like lifestyle, values, and spiritual vernacular. However, ‘now’ is the one thing we most have in common. Everyone is living in that moment. Weather, specifically severe weather, is the ultimate shared experience. 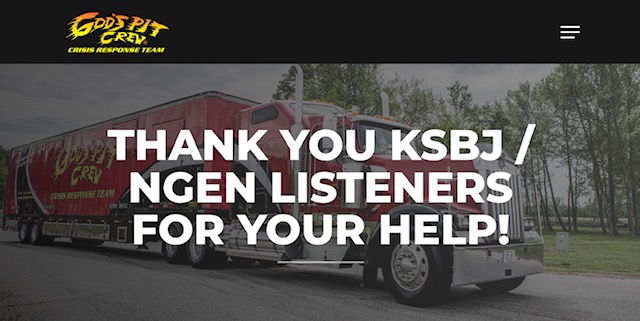 The power of STORY. We can vividly recall the image of the the firefighters kneeling in prayer after they weren’t able to save a mother and baby when a tree fell on their house. Dozens of remarkable stories of heroes, sacrifice, and overcoming adversity were shared during the coverage of Hurricane Ida, including that of my friends Matt and Cari.

FOMO. Fear of Missing Out. The story was now, but there was a new development in the storm every few minutes. The crawls at the bottom of the screen helped track of the storm, the impact on communities, the provisions needed. There would be something coming up that we didn’t want to miss, even though the storm coverage stretched out over many days.

The power of STARS. If you see Jim Cantore out your front window, it’s not good news, the joke goes. Jim and Stephanie Abrams are Weather Channel stars, which is why you see them doing stand-ups from the most critical location at the most important time. They are seen as trustworthy and reliable. You can get the data from the bottom scroll, but Jim and Stephanie personify and humanize what the Weather Channel brand needs to be. Humanity matters.

What do you know? A programming initiative anchored in a value promise. Or as Simon Sinek would put it…