“Everyone’s favorite radio station is the station that plays their favorite music.”

I cleverly put this sentence in quotes because it is the first thing I say when talking to a new station. After more than two decades in our format I can honestly say that NO ONE understands this fully at the beginning of the journey. However, all understand it later. If they are successful.

Why does this matter?

It matters because people love what is familiar, and what is familiar is what we love. And we work in a format that plays mostly unfamiliar music to the very people we’re trying to attract.

A few weeks ago we went to our first live concert in more than two years. Gosh, it was fun to be experiencing live music again.

The group is from Russia. Most of them don’t speak a word of English. Over 2,000 people packed the auditorium to hear them… a group that had NEVER had a hit record and hardly spoke the language. 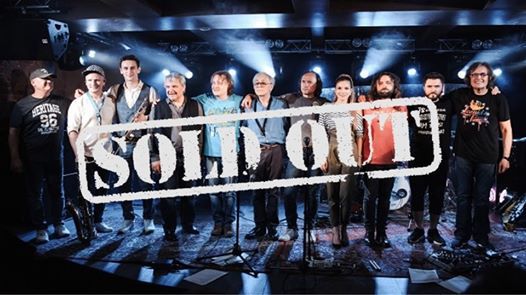 The group is Leonid and Friends. They are a cover band that mostly plays music from the band Chicago. Oh, have I mentioned that they are really, REALLY good. (Excellence matters, a future Frost Advisory).

I’m not suggesting that your station start playing Leonid and Friends, nor Chicago for that matter.

What I am suggesting is that since the music mix in our format is largely unfamiliar (although wonderful), we have to create familiarity in other ways. At the great stations, that happens between the songs. The talent, the imaging, the promotions, the features. I cleverly call it ‘stuff that matters.’

“You can’t fake familiarity. It doesn’t happen overnight. And when your new competitor is fighting only for attributes they’re missing the larger point. Attributes don’t create familiarity, only familiarity does that. Attributes may be proxies for familiarity, but always remember that being familiar, dependable, trusted, is the real goal, not simply checking off a win on an attribute scorecard.”

Ask yourself, “What are the ways my radio station can begin to inject familiar?”