Sir Paul McCartney has just had his 80th birthday! And he celebrated by doing what he loves; touring and playing music like he’s done for more than 60 of those 80 years.

If it seems curious that a Frost Advisory would be about a Rock and Roll Hall of Famer becoming an octogenarian, stick with me. 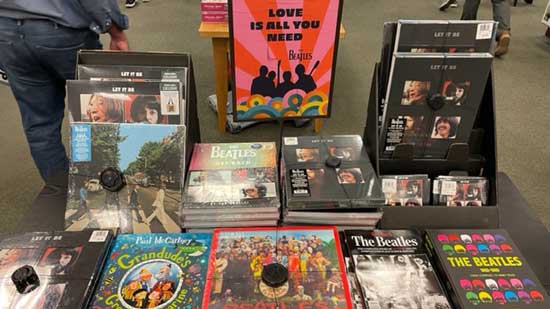 As far as I can tell, Paul’s passion for music remains just as strong today as when he played The Cavern Club in Liverpool with some teenage buddies named John, George, and Ringo.

So does his passion for excellence.

If you look at music preferences for every ten year age group from 20 to 80, the Beatles are listed in the top ten of each age cell. This is a group that broke up in 1969, years before many of those people were born. I’d say that was impossible if it wasn’t true.

This is a photo I took of a display table at Barnes and Noble shortly before Christmas. All Beatles. 53 years after they broke up.

Everyone has a favorite Beatles’ song. Even my mother. Even if it’s just for her birthday.

The Beatles’ popularity hasn’t remained relevant through the decades because of their mop-top haircuts, their tight musical harmonies, or even their hit-machine songwriting.

No, it is excellence that has transcended barriers.

Your station won’t achieve excellence by being the most Christian (whatever that means). It won’t reach excellence by playing the most unfamiliar music or by having deejays quack too long about things that don’t matter.

“Success is often measured by comparison to others. Excellence, on the other hand, is all about being the best we can be and maximizing our gifts, talents, and abilities to perform at our highest potential. Our greatest competition is not someone else but ourselves.”

In future Frost Advisories I’ll dig a little deeper into how your station can transcend your format category by being excellent.

In the meantime, you can start by asking why the people who are paid to work at your station don’t even listen to your station in their offices. I reckon’ the Beatles never had that problem.

“One person in pursuit of excellence raises the standards and performance of everyone around them.”