I’m often asked, “Where do you get your ideas?”

Fortunately, that’s the easy part. My answer is, “Everywhere.”

In those 648 weeks I’ve also learned where ideas DON’T COME FROM. 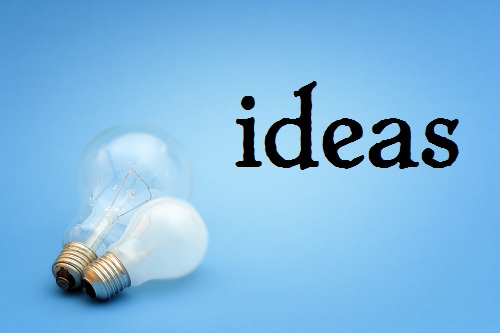 When the legendary Tommy Kramer and I worked together in Orlando a couple of decades ago we were charged with the responsibility of keeping as many as six radio stations on the tracks with as minimal collisions as possible.

Numerous times when we found ourselves out of creative gas we’d look at each other and say, “Let’s get out of here.” We would often grab a legal pad and go sit on a park bench and eat an apple. On the better days we’d find ourselves on the golf course, er… going out to do research, where the bogies and the ideas would pour over us in the Florida sun. More than we could ever use.

That’s not when our best ideas happen. Our best ideas happen when we’re in the shower, or driving to work, or going for a run where we’re not “thinking” but our subconscious brains are still ruminating on the problem or opportunity that has been posed. That’s why in the shower we go “That’s it!” and we have that crazy, fantastic idea and we go running to work a week later saying, “I got it! I got it!”

But it won’t just offer solutions or ideas for random things. Our brains will process information for ideas or problems we’re actually facing, we’re trying to solve.”

You’ll use everything you’ve ever learned. Pay attention. Take notes and pictures.

There are 17 acres of information out there. After 648 weeks I’ve learned that the really GREAT ideas often sneak up on you in the shower.

You’ll use everything you’ve ever learned. Pay attention.