“No one is less ready for tomorrow than the person who holds the most rigid beliefs about what tomorrow will contain.”
~Watts Wacker, Jim Taylor and Howard Means, The Visionary’s Handbook: Ten Paradoxes That Will Shape the Future of Your Business 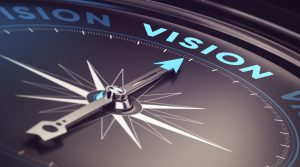 Recently I was at the Crosby Conference, put on by Pip Coburn, in the SoHo area of New York, where the conversations were unlike anything I’ve done before.  We discussed whether Facebook has an ethical responsibility to fairness in the news since so many people are now using Facebook for news, or whether we’re in a post-fact world, where you believe what syncs with your beliefs.  And those were the simple ideas.  It was amazing.

The discussions are all future oriented and held at a very high level.  A lot of what we talked about had to do with the uncertainty in today’s world and the future.

But I can’t help myself.  So when one of the students mentioned that she got her news from iHeart Media, I had to know more.  I asked what iHeart meant to her, she explained it was a music and social media platform.  Then, when I asked if she was aware that iHeart had radio stations in New York, she paused, looked confused, and said, “I don’t really listen to radio.”

It was by no means the biggest implication from the conference, but it was a little reminder of the uncertainty in our future.  It also helped me realize how little time we spend on thinking about the bigger implications in our lives.  We’re locked into a “radio’s dead” versus “radio’s fine” battle that only keeps us focused on the wrong thing.  I guess it’s simpler than addressing the issues and easier to kick the can down the road, but it’s not a solution.

Then again, maybe that student was another outlier, an anomaly in the future of the medium we all love, and when we wake up everything will be fine.