My, the lessons we can learn from this remarkable time in political history from a certain Donald John Trump, Sr., and Bernard “no middle initial” Sanders.

This tip of this political iceberg can start with the notion of common ground.  Both the Donald and the Bernie have tapped into values that already exist, not that which Madison Avenue has to concoct like the Super Bowl commercial that showed three dogs hiding under a trench coat to buy Doritos.  Not that there’s anything wrong with that, as Jerry Seinfeld would say.

Our format’s shared values run two thousand years deeper than any other format, and yet I find stations frequently miss the opportunity for common ground by defaulting to the smallest possible audience – those who are already fans of the Christian music industry.

BREAKING NEWS: Most of your listeners can’t name their five favorite songs, much less name the individual members of Hercules and the Chicken Fat People.  (It’s what the songs mean to them that matters, but that’s a Frost Advisory for another week).

This just in: We’re just a couple of weeks away from Frost Advisory #300 (a milestone unimaginable to my 5th grade English teacher and the guys in the fantasy baseball league) and the world premier of my first video!  Yikes!  That’s a tease, don’t’cha know!

In becoming a great Talent (and certainly in coaching talent), it’s important to understand just how the mind works.  If you don’t, you can spend years working on things that can’t actually be accomplished.

The mistake people make by not rehearsing (at least mentally, if not actually physically) is that you can’t be consistently great if you’re just winging it all the time.  Watch NBA players.  A guy works on his free throws or jump shot consciously, so when it’s time to take that shot under pressure, with the game on the line, it happens Unconsciously.  The last thing they want to do is think.  In the millisecond it takes for a conscious thought to pass from the brain to a nerve or a muscle, the timing and rhythm are disrupted.  And the odds of making the shot get worse.

So let’s bring it back to on-air performance.  I’m sure someone reading this is thinking “So where’s the opening for spontaneity?  Where does the spur-of-the-moment inspiration come from?”

Well, magic moments happen subconsciously, when you’re so in sync – so confident and SURE of what you’re doing that you don’t HAVE to think consciously – that’s when that great line or that perfect reaction flashes into your brain.  The magic isn’t likely to EVER happen on a consistent basis if you haven’t put the work in first.

You have enough talent, I promise you.  You CAN be great.  You just have to understand how to put the pieces together.

Is local TV news like this where you live?

I see promos with four young, attractive people either right out of college or right out of the health club, nattily attired with ever so white teeth.  They nod at each other like kids having to pose for home movies, packaged inside captions like “we’re here for you”, “depend on us”, or “news bulletins first”, “severe storm coverage first”, or “bowling scores first.”  (Can everything be FIRST?)

But if you actually dare to WATCH their newscasts… it’s wall-to-wall car wrecks, 7-11 robberies, drug busts, people doing bad things to people, and escaped killers with funny looking noses.  Jeepers, there is hardly any time for cute, witty repartee between these manicured men and women of the press. 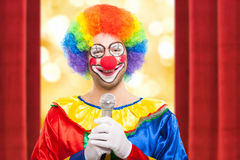 What’s going on here?   Do they think we won’t notice that they are claiming to be something they aren’t?

Well, before we throw our TV brethren under the proverbial phony bus, perhaps we should check the log in our own eye.

Christian music radio is now inundated with stations that zip zap over bongo music that they’re Positive, Encouraging, Uplifting, Inspiring, Invigorating, Exhilarating, Energizing, and Revivifying.  But when one tunes in they sound about as positive and encouraging as Donald Trump talking about the Pope.  (I actually heard one station do a “Positive Thought” about the wrath of God.  I’M NOT MAKING THIS UP, as Dave Barry would say).

It’s not against the law to smile and sound likable.  Last I checked it wasn’t a sin to laugh and love on your listeners.

Recently I was a part of a research project where “Fun to listen to” was the one of the top needs of the audience and a top attribute of the station.  Their listeners really like them because they’re likable.  Of course, any good idea can be done poorly and I’m not suggesting you hire Bozo the Clown for afternoon drive, but as those wacky Latins used to say,

Here’s my suggestion:  if your station claims to be positive, uplifting, and well-groomed, then maybe it’s a good idea to actually be that.  Which brings to mind me a riddle I heard as a kid:

How many legs does a dog have if you call a tail a leg?

Calling a tail a leg doesn’t make it one.

One of my stations recently decided that since social media is now God, they want the air staff to solicit and answer texts while they’re on the air.  Even more than that, they want the jocks to start “conversations” with the texters and ask them questions that lead to answers they can use on the air for so-called Content.  (Because we all know that someone reading a text or tweet or Facebook posting is just SO entertaining… like watching toast burn.)

I’m all for social media, but this strikes me as somewhat insane.  Here’s why:

1.  In the first place, most people listen to the radio when they’re driving.  Are you encouraging people to text or tweet while they’re driving?  Better call your attorneys, because The Big L (Liability) is waiting for several hundred lawsuits to be filed against you when those drivers have wrecks, and blame them on you.

Sound ridiculous?  Take a look at how many restaurants were threatened with secondhand smoke lawsuits.  That’s why smokers are huddled up like lepers outside the building now, puffing away as people drive by.

2.  If you’re saying you want to hear from people who aren’t driving, then you’re automatically playing to the smaller portion of the audience – the people who aren’t doing anything in particular, have time to kill, and think YOUR time belongs to THEM.  So let’s follow this line of thinking… if I go to New York and see “Wicked” on Broadway, then I should be able to text Carol Kane during the lulls between her having to say lines, and expect a reply, right?  Of course not.  That’s ridiculous.

Again, I’m all FOR creative uses of social media, and as anyone I coach knows, we work hard to come up with relevant ways to use Facebook, Instagram, Snapchat, Twitter, Vine, texting, even the old-fashioned steam engine of e-mail.  But not while the Talent is on the air.  The only thing the talent should be doing while he’s on that’s “interactive” is taking phone calls – when time allows.  Otherwise, I want them concentrating on the next break – what “camera angle” they’re going to use, making sure that they’re as concise as possible, delivering an ending to the break that’s not something they started with or said earlier in the break.  If I walk into a Control Room and see an air talent texting someone, I take his phone away, so he’ll concentrate on his SHOW.  After the jock gets off, he can answer emails, post stuff on Facebook or Instagram, and tweet to his heart’s delight.

Jack Nicholson doesn’t go to the box office and sell tickets.  There’s a lot to be said for being visible, but still maintaining a certain air of mystery.  You don’t leave your front door open for people to just wander into your house anytime they want to.

We have wonderful ancillary roads these days to reach out to listeners, but never forget that the PRODUCT of a radio station is WHAT COMES OUT OF THE SPEAKERS.  Facebook, Twitter, etc. are not rated by Arbitron.  Keep your eye on the ball, and don’t add meaningless crap to the artistic process of doing the show – unless, of course, you’re happy with the 0.1 share you’re going to get when the whole staff sounds distracted and unprepared.

I have to stop now.  The big vein in my neck is starting to throb really bad.  Peace and love. 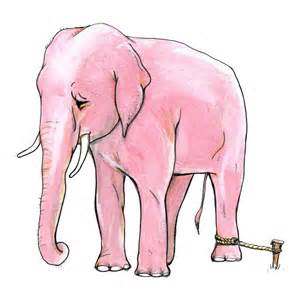