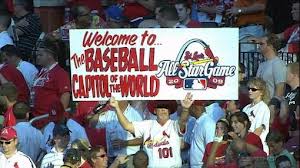 Broad generalizations regarding ratings are not very helpful in evaluating the appeal of your station’s programming. Some are tinkerers, constant REACTORS insisting that three songs should be dropped from the playlist because the latest PPM numbers were cut in half in Women 45-54. On Saturday. Others are passive observers where a drop of 100,000 weekly cume results in not even a glance up from their navel gazing.

In my travels I’m fortunate to rub elbows with some very bright and talented people at radio stations you’ve probably heard of. Their station’s ratings performance is a result of their understanding the best business practices of success, focusing their efforts on the things that really matter, and bringing in resources that extend beyond the talents inside the building.

Ratings research is one of those resources. After many years of studying electronic measurement via the Purple People Meter (PPM) methodology we have learned some characteristics of successful stations.

50% of your weekly cume are your P1s (first preference or fans). They can contribute over 80% of your average quarter hours.
Your station’s PPM ratings will rise and fall based on the behavior of your P1s (fans).

Getting your P1s to give your station one more day of listening will mean a great deal to improve your PPM performance. Just one more listening occasion on an extra day will increase your cume and average quarter horses.

PPM performance is ALL ABOUT who gets the meters. That is something for which we have no control. For Christian music stations, please note that Nielsen doesn’t ask, doesn’t tabulate, doesn’t care which meter holders are Christians. God cares, but Nielsen doesn’t.

Rather than shrugging our shoulders and blaming the Nielsen gods for the erratic nature of ratings performance (particularly in Weeklies), we should focus on the things we can control. It’s deeper than up is good and down is bad.

We will have fans (P1s – first preference listeners) only if we create a radio experience that is worthy of having fans in the first place.

In my other life I do some announcing for a baseball team called the St. Louis Cardinals. Perhaps you’ve heard of them. Despite being in only the 22nd largest metro area, the St. Louis Cardinals ranked 2nd in attendance last year averaging over 41,602 fans per game. That’s more than the San Francisco Giants, New York Yankees, Chicago Cubs, Los Angeles Angels, New York Mets, or Detroit Tigers, teams from much larger cities. The Cardinals don’t create fans by focusing on 40,000 as a number, but by creating a baseball experience that is worthy of having 40,000 fans. Their are 18 sections under the heading “Fans” on the Cardinals’ website, including:

Fans First is an initiative to thank fans for their on-going support and unwavering loyalty for over a century of Cardinals baseball. We are putting our Fans First because YOU have helped make the Cardinals the most storied franchise in the National League, as well as making Busch Stadium truly “Baseball Heaven.”

For us in radio that means choosing only the most popular music, enhancing that music environment with meaningful content, and creating a brand that resonates with the listeners’ values and perspectives on life. And executing it with precision.