A music radio station consists of two basic things: the music, and everything that isn’t the music.

The music fulfills one need; the everything else fills another.

I think of content as that non-music element that “adds value” to a music station. Frankly, that’s quite different than what we hear most; blabbering that interrupts the music.

My friend Brant (not his real name) is a very well-known radio pro. I’ve heard him to do content that is as profound as anything I’ve heard from someone who wasn’t a real preacher. But that’s not what makes him special. What puts him at the top of his field is that he can do that AND say something so funny that milk squirts out my nose!

It’s the “AND” that sets him apart.

The problem with most Christian radio stations is not that they’re all that bad, it’s that everything is the same note. There is no “AND”.

Image what your favorite song would sound like if it had only one note; same lyrics but no chorus, no middle eight, no key change. It would still be the same song, in a sense, but it would no longer have the very dynamic range that made it your favorite.

I reckon’ God did this right. He could have made a rainbow with only one color, a giant yellow arch in the sky following a thunderstorm. But that would have been McDonalds. Instead He used red, orange, yellow, green, blue, indigo, and violet. 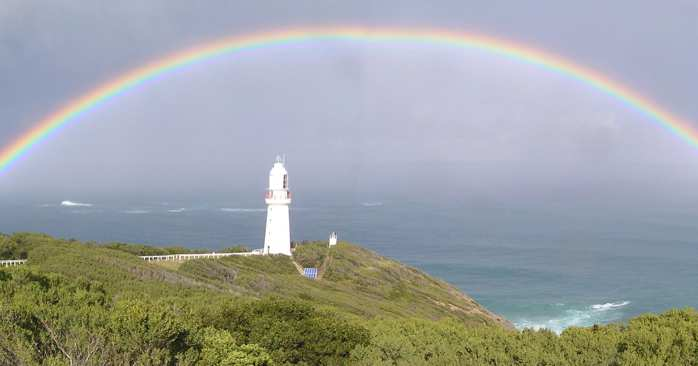 What colors of the rainbow is your station missing?