Have you seen that Facebook thing?  That thing where they take a year’s worth of your posts and create a montage of what you’ve posted the most.

From what I’ve seen that would be mainly pictures of food, Chewbacca Mom, and anti-Hillary anti-Trump rants.  (At least the ridiculing of Mariah Carey’s lip syncing will have to wait until the 2017 montage).

Seems to me that if there is ANY format that ought to do something that matters it is the CCM format.

“So much more important than being heard is having something worth saying.”
~Erwin McManus

Now, don’t get me wrong I am not suggesting that stations should have less playtime and laughter.  They can be key ways that friendships are formed, don’tcha know.

Successful stations understand and embrace what makes them meaningful and preferable.  They then demonstrate those values in ways that resonate emotionally with their listeners. 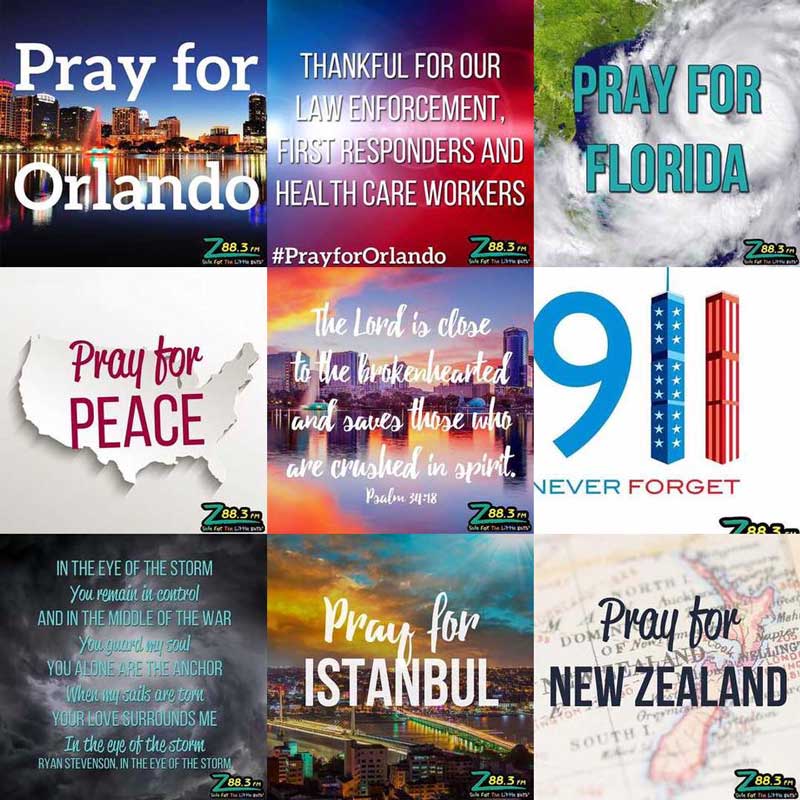 Researcher Jon Coleman observes, “I think that PPM may have caused radio programmers to become slaves to the ‘in the moment’ and lose track of what really builds ratings… (It’s) is not (about) eliminating every possible tune out, but rather offering emotion-evoking reasons people can love the station.  When people like or love a station they tune into it every day or even several times a day… People don’t come back to a station tomorrow because of a reduced tune out today.”

To paraphrase Francis Chan, this New Year our greatest fear should not be just of failure in the ratings but of succeeding at having a radio station that doesn’t really matter.

Thanks to my talented friend Carol Ellingson at Z88.3 in Orlando who created the mosaic using the Instagram website https://2016bestnine.com/.  Carol is a “wow”maker.