If you saw last week’s show you know that I attempted to connect Frost Advisory #365 to the 365-days-in-the-year’s worth of nuggets to help your station be more successful.   #366, then, is sort of the equivalent of leap year day, that little extra to keep the earth from falling out of its proper orbit. 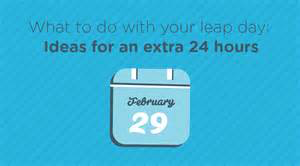 Last week I also shared that my friends David Sams and Joe Battaglia have convinced me that these musings are worthy of being compiled into a little book like the kind you see handed out at airports and flea markets.  “365 ways to make your station really swell” is one of the working titles.

So, with a New York Times best seller in my future I’ve asked several of my colleagues to share how the first 365 have been helpful to their stations.  Plus, I told them if they said something nifty they might be included in my book!

A president of a major Christian network and industry legend

“What does it mean to be in leadership?  One idea is that our job is that of Architect, not construction… Architects envision, plan an design.  Construction people are more concerned how to make the Architect’s design happen.

Are you an architect, giving your idea of what needs to happen and leaving the execution to the construction crew, are are you concentrating on both?

If both, well, let’s go watch Peter Pan together, where we’ll always be children…

(Frost Advisories) can help us understand that by accepting a leadership position, you’ve chosen to leave the life of a construction crew, and embrace the role of being an architect.”
~Alan Mason

“As a longtime radio guy, and now a professor teaching young people the ins and outs of the communication world, I understand the value of learning and hearing different point of view… (Frost Advisories) help me focus on the important, not just the urgent and frequently unimportant, to see things with new eyes.”
~Michael Agee

“The Frost advisories give me the 35,000 foot view of my radio station I can’t get on my own.  They constantly challenge me to look at my radio station with a fresh set of eyes to make it better every day!”
~Mike Blakemore, The Fish Atlanta

A radio exec with a church planting background

“As a guy who came into radio from another industry, plus working in a medium sized market, plus handling all the stuff that gets thrown your was as a GM, the Frost Advisory is a 30 second reset each week that pushes me to think big picture, what really matters, and to think about RADIO, not just the ‘business.'”
~Brian Yeager, KTSY Boise, Idaho

“Many people think it is all about music rotations, marketing and branding. (Frost Advisories) have been teaching us for years, it’s all about the tribe.”
~Dick Jenkins

(Frost Advisories) “see past the mundane and view the brilliance in the everyday and the power to pass that learning on to those who listen.  When you’re no longer learning, you’re dead.  So while you’re still alive, read John’s book.”
~Tommy Kramer

Next week we’ll return to our regular programming.  In the meantime I welcome your ideas!