So, what did you think?

Those of us attending CMB’s Momentum in Orlando last week were enlightened by researcher Alan Burns’ findings on how to make a CCM station more attractive to new listeners.

After donuts and decaf, a discussion of these findings featured really smart folks like SOS’ Scott Herrold, Salem’s Mike Blakemore, and Alan Mason, who swooned the ladies with his manly voice..

“Oh, my,” I overheard from one sitting next to me, “he must have been in radio.”

All good stuff… and I recommend you consider for your station, but I’d like to share another perspective.  Or, perhaps, another dimension.

Discussions about programming tend to fall into two distinct areas:  1) analytical and 2) creative.

All good programming is a combination of science and art.  Research is about the science.  Art is about how it makes you feel.

The science, including music and perceptual testing (like shown in this session), reveals the colors that your listeners prefer.  That’s important.  But that, by itself, doesn’t create a design that connects your listeners to the things that matter most in their lives.

Science will tell you what colors of the painting are most appealing,  but it takes a real artist to use those colors to create a great radio station! 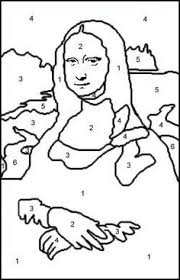