When you think about the people that have had the greatest influence on your life I reckon’ you’d say they were GIVERS.

“The human spirit senses and feeds on a giving spirit… Think about what Jesus taught – half the time people didn’t know what he was talking about, but they listened attentively. Jesus was giving – feeding them. Not taking. It is at a spirit (heart) level – he wasn’t just giving information.”

I wonder, then, why many Christian radio stations are perceived to be TAKERS, always asking their listeners to give them something. There are some general managers whose voice is NEVER heard unless they have their hand out. 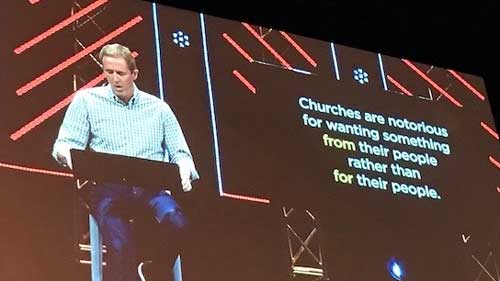 “Hello. Nice to meet you. Give us money.”

Comedian Michael Jr. shares how he used to approach his stand up comedy as an effort to get laughter FROM people. Then he had the revelation that he needed to GIVE people an opportunity to laugh. For him it changed everything. From that point on his stand up routines were about GIVING to others.

So, in this new year will your radio station be known as a Giver?