“Unless you are prepared to give up something valuable you will never be able to truly change at all, because you’ll be forever in the control of things you can’t give up.”
~Andy Law 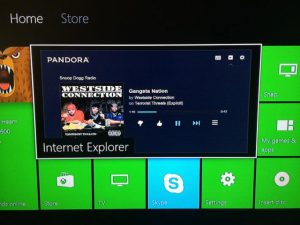 Pandora now has an app for the Microsoft XBOX system.

Not really earth shaking… or is it?

Gaming is huge, which draws people to XBOX, and then XBOX provides them an entrée into movies, the web, and music.

Pandora uses Kinect to allow people to listen, vote, and change songs with just a gesture.  So Pandora has now integrated themselves into yet another popular distribution channel.  Have you heard the old story about finding a parade getting in front of it?

But both may soon be rendered obsolete as Virtual Reality achieves broad acceptance over the next five years.  Change is a fact of life.

My point here is to show how unimaginative and lame most of our radio apps are.  Radio will not continue to succeed by being “good enough,” at a time when the life cycle of an app becomes shorter and shorter.  Let’s do something different that really intrigues the listener/consumer, and be prepared to understand that change is faster and more constant than ever.

2 thoughts on “Beyond Just The Games”