To excel at the highest level – or any level, really – you need to believe in yourself, and hands down, one of the biggest contributors to my self-confidence has been private coaching.
~Stephen Curry 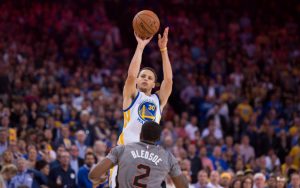 Have you ever had one of those meetings with “the boss,” that when you walked away, all you remember is, “…but other than that, you were great?”

It’s how we feel like we have to balance our comments.  The fact is most of us feel awkward about just telling someone that they are either on the way and just need a little more effort, or maybe even that they suck.  So we wrap the comments in a “don’t worry about it” approach.  And we kill the self-confidence Stephen Curry is talking about.

I don’t know about you, but it’s never worked for me, whichever side of the comments I’ve been on.  Still having that on-air performer inside of me, I focus on what’s negative. You’d think I’ve learned by now.

When you have something good to say, just say it.  When you have coaching to do, just do it.  Equivocating might make you feel better, but not the person you’re coaching. It does nothing to help turn them into a 3 point MVP.