Folks say that lightning storms in Orlando cause an average of 6 deaths and 39 injuries a year.  (Anyone for golf during Momentum at Disney?)  As I write this there is a potential hurricane heading toward my back yard petunias.

This cheery attention-getting open is designed to tap into your brain’s cortex (I looked it up!), where long term memory is located. The frequency of emotional events, common life experiences, and the smell of your grandmother’s oatmeal cookies all camp out there.

Things you experience over and over again are stored in your cortex and pop out when activated. (That’s why you can instantly sing along with a song you haven’t heard in twenty years).

Connecting your radio station to what’s rattling around in your listeners’ cortex enhances your ability to communicate to them. That’s a fancy way of saying RELEVANCE MATTERS. (Conversely, irrelevance makes you irrelevant).

A few days ago I received this e-mail:

“As the first storm of the season approaches South Florida, we want to make sure our riders are ready. We’re teaming up with our friends at Capital One to provide a free Storm Readiness Pack on-demand…”

Oh, did I mention I received this e-mail from (drum roll, please)….

Yes, Uber. The company that helps me get around is helping me even when I can’t.

Hopefully there are values in your station brand that are more important than the fact that you play Hercules and the Chicken Fat People’s latest song.

Good stuff happens when you seize the moment and connect the dots from your station’s brand values to your listeners’ needs. Why? Because it’s already on their minds.

This was a foundational thought, a reminder to make sure that we didn’t ever think of our air work as being like an assembly line shift worker in a factory, putting in rivets, over and over, to the point of boredom.

But there’s more to it than that, from a creative standpoint.
Since radio is an audio medium (no camera), that means we can’t divert the eye, like on TV. Everything shows on the air anyway, so the goal every day is to make sure and SHOW SOMETHING.

Show your creativity. Show your sense of humor. Show your concern. Show your empathy. Show your skepticism. Show your intelligence. Show your goofiness. Show your skill set (editing yourself well, for instance, or finding just the right music for something instead of using a generic Production music bed). Show that you’re a citizen of your neighborhood, your city, your state. Show what kind of neighbor you are.

Often, in coaching sessions, I start with “What did I learn about you today on the air?” Originality isn’t just some nebulous goal; it’s the process of revealing.

A friend of mine is travelling from here in Hawaii to Washington, D. C. next month.  Great city, Washington.  Many things to see and do.

One thing he’s doing is taking his girlfriend to the JFK Center for the Performing Arts to see an a cappella group sing Beatles songs.

Why the Beatles?  Why not some other group or artist?  You could do folk songs, or show tunes, or the obvious for a group without musical instruments, barbershop quartet.

Well, probably because Washington D.C. is a tourist town, not just our nation’s capitol.  And more people on Planet Earth know songs by the Beatles than anyone else.

But I think it’s also because the Beatles have the most varied library of songs. Rock, ballad, baroque, kids’ sing-along, anthem, Country – you name it, the Beatles did it.  (And of course, in those songs are some of the greatest lyrics ever written.)

That’s the way your show should be – consistent in terms of people being able to tell that it’s you, but incredibly varied in its Content from hour to hour, day to day, week to week.

I KNOW that you can do it. But you may need help.  We all “get by with a little help from our friends.”

On last week’s show I shared that there are two kinds of people in radio stations; those that fear change, and those that thrive on it.

But change is happening all the time whether we notice or not.   10,000,001 chromosomes fall off an average 49 year old man’s head every time he brushes his teeth.*

The old Yankee Stadium was opened in 1923 and was immediately nicknamed “The House That Ruth Built” because of the Babe’s popularity.  Yankee Stadium hosted 33 World Series and became an icon of sports arenas all over the world.

In 2009, the wrecking ball destroyed this beloved ballpark.  But a funny thing.   There were no protests, petitions or picket signs.  Few rants on social media about the passing of a legacy.

How could this be?

“The most ineffective way to begin a conversation about change is to talk about what needs to change.”

Few were upset because the Yankees immediately directed everyone’s attention to what was to be via a high tech 3-D website where fans could actually experience the beautiful new ballpark before it was even built. 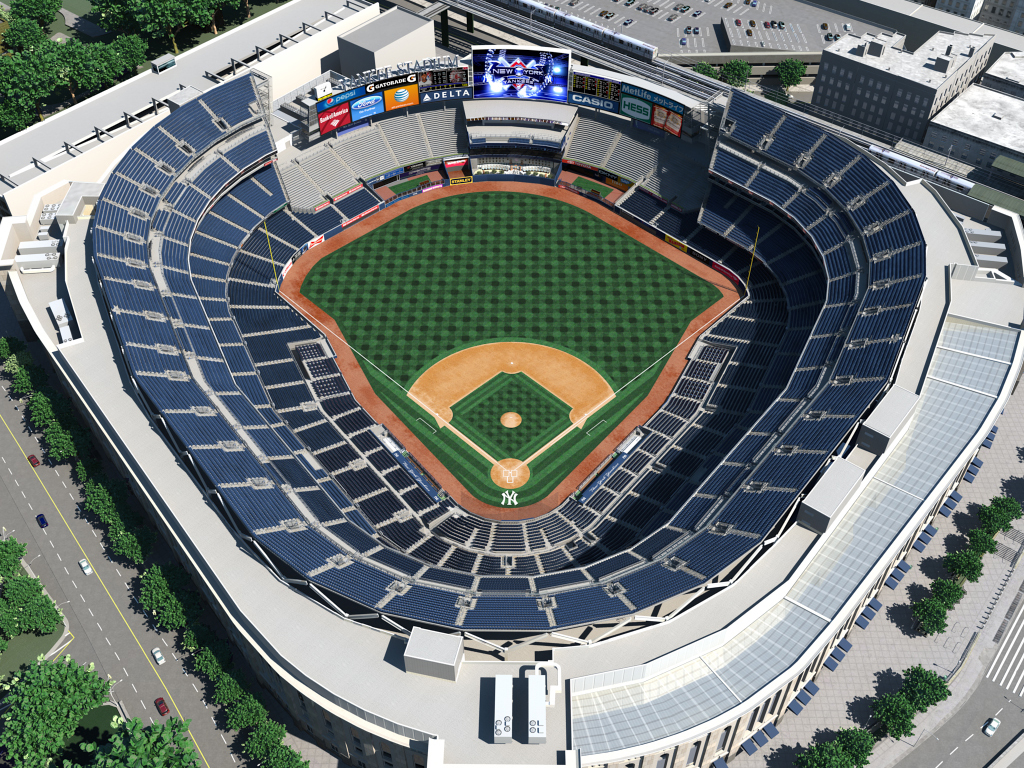 Fans could go online and see the upper deck frieze replicated from the old stadium, the monuments in center field, and the view of the subway trains beyond the right field bleachers.

In other words, fans could experience the good things from the old ballparks, but with comfier seats, roomier concourses, concession stands with more (and more expensive) goodies, and, eeh gad!, toilets that actually flushed!   They could also rent one of 33 new luxury suites at more than $100,000 per season, thank you mighty much!

“You should never begin a conversation about change by addressing where you are now.  You should ways begin with where you want to be.  When you begin a conversation about change by discussing what needs to change you generally begin with something that someone is emotionally invest in.  That’s a recipe for failure.” Andy Stanley

“There is an inexorable link between an organization’s vision and it’s appetite for improvement.” Andy Stanley

What vision of the future are you casting to your team?

Yes, it’s a different “programming,” but the message is the same.

Everyone wants bigger.  It’s part of radio and part of our culture.  We seem obsessed with having the biggest city, the tallest building, the busiest airport or the largest house.  Of course that’s why the universe is winning.

But the term “bigger is better” isn’t true very often.  First we have to look at the words themselves. “Bigger” is a quantitative word, while “better” is an ambiguous qualitative word.  But most of the time people don’t realize they’re playing that bigger vs. better game.

So what do you want, quantitative or qualitative?

P.S.  You CAN have both, but you need to start with the qualitative.