These are interesting times.

I can’t recall a time where our country was more polarized. Whether it’s politics, race relations, face masks or where your elderly mother can get the vaccine, it seems like we’re regularly ducking for cover. Even the MLB All-Star game is controversial, and that is mom and apple pie stuff.

What in the name of Dr. Fauci is going on?

So, how do we stay relevant in our mission while also handling the inevitable complaints?

When we hear criticism about our station we often react in a way that is absolute. There is a complaint about song and we yank it from the playlist. Someone criticizes a comment from a deejay and we make her write “I will not try to be relevant” on the blackboard a hundred times. A general manager once told me he had so over-reacted to every complaint that his station had little worth listening to anymore.

Rather than react in absolutes where SOMETHING MUST BE DONE RIGHT THIS MINUTE, consider the complaint as if a customer in a restaurant had just asked for more salt. They are simply telling you how they would like prefer their food; not anyone else’s food – THEIR food. Even with a politically charged topic they are really just sharing how they see things, not suggesting that you should go out of business. 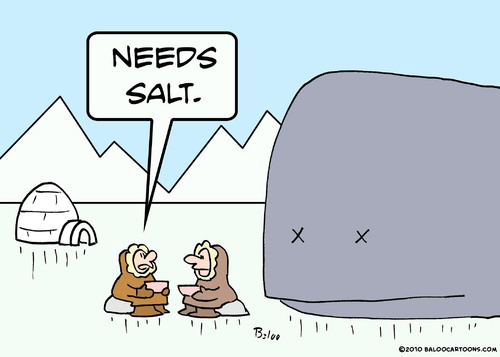 In the big picture, if you consider every element of your programming as seasoning in the context of an entire meal then it is easier to understand why some people prefer Tabasco, some ask for no onions, and others want a baked potato with nothing on it. None are absolute condemnations of the restaurant but are instead a result of the reality that those in a group still have individual tastes. If something is so distinct that people actually notice and react to it, it could be one of the most useful tools in building a unique brand.

A recent social media post is a masterful example of how to handle complaints. It’s from Jim McIngvale, better known to Houstonians as “Mattress Mack.” (He just bet $2 million dollars at the Kentucky Derby so he could give away the winnings to people in need. That’s the kind of stuff that has made him a local folk hero). You don’t really even need to know what the complaint was about to appreciate his gracious response.

Hi there, Christina, and thank you for reaching out to me here on FB and I hope that you and you loved ones have been well! I know that we all have different views and opinions, especially when it comes to politics, but it’s a wonderful thing to maintain these individual viewpoints and still be able to respect each other and live harmoniously. I want the absolute best for Houston and will always be willing to do what I can to make it a safe and strong community for every family. God Bless you, Christina, and thanks again for being here. Take care!

Notice how he’s not defensive or apologetic about what he said, nor does he dismiss or argue the other person’s point of view. He simply shows appreciation for the feedback and tries to connect with her on the common ground of what is best for Houstonians. Sometimes people just want to know they’ve been heard.

Now… who would prefer more salt?