I wanted to play the guitar since the first time I heard James Taylor when I was 14. My first was a twelve-string that Jimmy Osteen’s mother sold for $15. Looking back on it I wonder how Jimmy felt about that.

In the many decades since I’ve played the guitar with Tommy Kramer, Dan Heidt, Kenny Parsons, Ralph Underwood, and Wally Pierce. Not coincidentally each has a special place in my life. (I suppose the same could be said for other musical instruments but frankly I can’t imagine such a bond between a couple of guys who puff out their cheeks playing the Sousaphone). 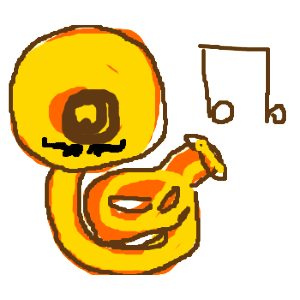 I received a note recently from Kurt and Bob. They have a company that makes guitars.

“Although Bob and I are the owners and the sole shareholders, and though we directly employ nearly 800 people across three continents, I think that when most people think of Taylor, they don’t think about the people or the facilities. They think about what Taylor means to them on a personal level. They think of their own Taylor guitar, or a friend’s Taylor, or an artist they saw playing a Taylor, or maybe an article they read. In other words, the way in which our company or our guitars have connected with someone and impacted their life is what Taylor means to them. In that sense, a popular brand lives in people’s hearts and minds, and is much bigger than the company itself. The brand is as big as there are people in the world who have connected with it in a positive and meaningful way.“

I now own two Taylor guitars and have the tee shirt to prove it. Bob Taylor says, “The bridge between souls can be a guitar.”

The bridge between souls can also be a radio station.

People see your radio station strictly through its value to them.

“The brand is as big as there are people in the world who have connected with it in a positive and meaningful way.”