Christmas decorations are up in Home Depot, so I reckon’ I can go there, too.

Even though we’re yet to October, I’m already having conversations with program directors about this upcoming Christmas season. Call it Year #2 of Christmas with COVID.

Just when we thought things couldn’t get worse than last year, this Christmas season is extra noisy with the situation in Afghanistan and the chaos on the southern border.

But even in this unusual season Christmas can bring out the best in us. More people are tuning to your station than at any other time of the year. I know of a few stations that top a million listeners per week and numerous others that reach the top five. This was once considered unimaginable for a niche format playing mostly unfamiliar music. 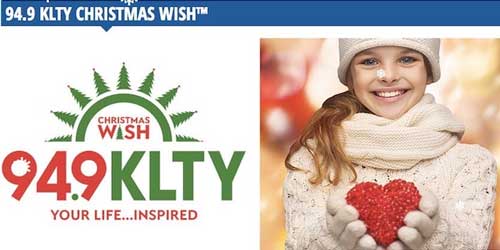 Many stations do their best job in this season of connecting on common values with stories of hope, comfort, and new beginnings.

“It’s no longer enough to be uplifting or encouraging or positive. Now you have to be something else: You have to be comforting. The greatest opportunity – indeed, the greatest need – is to help your listeners feel better. To calm them down.

To help them relax. To bring them comfort.

That means tending to their bodies, their minds, AND their spirit.”

Many stations are considering going all-Christmas earlier than ever, some as early as the week before Thanksgiving. Considering that people are searching for Comfort and Joy more than ever I think that’s a good idea. At no other time can our format eliminate our biggest barrier for growth (we play unfamiliar music) and become 100% familiar while doubling down on WHY we exist. From a competitive point of view Christmas is OUR holiday.

And, we can tell a different story…

“There is nothing more powerful than to be able to give something to someone that lets them know they matter. This is the beauty of Christmas. Isn’t it interesting that the day that centers around the coming of Jesus into human history has provoked the greatest movement of generosity and giving the world has ever known? Where Jesus is generosity flows.”