(Seven years ago this week I attended the funeral of Lowell “Bud” Paxson, a man I can honestly say changed my life and the lives of dozens of others who were privileged to work for him. For those of you who have just tuned in I think it’s appropriate for me to share this Frost Advisory again.)

A couple of weeks ago I shared observations on leadership from the book, “Breakfast with Fred,” the conversations and ideas of Fred Smith, Sr, a mentor for many leaders such as Zig Ziglar, Philip Yancey, John Maxwell, and my friend Steve Brown. 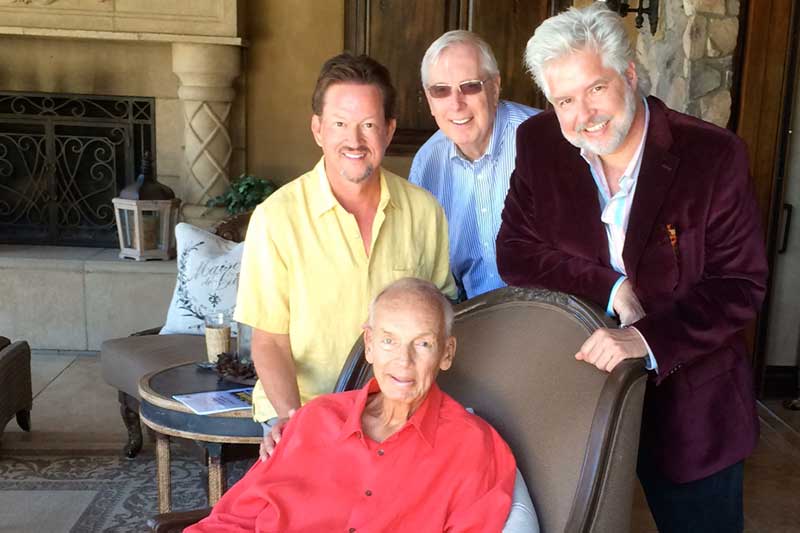 My first meeting with Bud was inauspicious. I had been coached by my friends and bosses Bill Pasha and Jenny Sue Rhoades that Bud had a quick temper and often poked the bear to test for a reaction. Walking out of an hours long meeting with our Orlando team, Bud pointed his finger about one inch from my nose and in his big voice proclaimed, “Don’t mess with MY station,” referring to one of the stations I had been brought in to program. Well, we did “mess with” his station, turning it into Bud’s first #1 station. From then on he never complained about our messing with his stations.

Bud’s innovations are legendary. He created a billion dollar TV shopping industry from what he learned selling lime green can openers on an AM radio station. He redefined radio consolidation by challenging the one AM/one FM per market status quo, and built a television network by building distribution first – dozens of UHF television stations that few wanted – then developed the programming; the opposite of what everyone else was doing.

Bud was a complex man with an unpredictable short fuse we referred to as “Bud quakes.” He was demanding and often difficult to work for, but those who endured knew they were on the ride of their careers.

I think one of Bud’s greatest leadership traits was summed up in the words “Bring me the bad news!” He believed in dealing with problems head on. He said that if he didn’t know about a problem he couldn’t do anything about the problem. His attitude set the tone for a culture of candor among his closest advisors, so much so that Alan Mason and I would murmer, “I can’t believe he’s saying THAT to Bud Paxson!” But we got things done.

Since my days of working for Bud I’ve seen numerous instances where people were hesitant to speak truth to leadership for fear of repercussion. Yes, even in Christian organizations. I’ve seen managers visit candidly with each other about their challenges but then remain muted in front of the big guy, the very person who could do something about it. Trust was lacking, and the organization suffered.

“A leader will take counsel from his people before he takes action but will act on what he sees as right. He has trained himself out of the fear of making mistakes.”

Everything about Bud Paxson was big. His 6′ 6″ frame, his booming radio voice, his philanthropy, and his public demonstrations of his Christian faith through the founding of The Worship Network and frequent keynote speaking opportunities. In fact, it was Bud Paxson’s generosity that paved the way for Alan Mason and me to be involved with Christian radio, tithing our services to WAY-FM in West Palm Beach.

*Pictured are my close friends and business partners Alan Mason and David Sams during our pilgrimage to let Bud know how much he impacted our careers and lives. I’m so glad we took the opportunity to do that.