30 years ago this week I was involved one of the most transformative transitions of my broadcasting career. And the amazing thing is that I didn’t seek it out nor did I initially realize the value it would have in my career. But I was wrong.

Choosing to be a lifelong learner is a great gift to yourself.

I occasionally run across people without a learning spirit. They do what they do and that’s all they want to do. I once worked with a morning man on a CCM station that simply repeated the bits he did on his previous Oldies station.

Whether routed in laziness or fear of the unknown it keeps people stuck, both in skill level and perspective. I think this is particularly challenging for someone who’s been at one radio station for a long time. While longevity certainly has its benefits, I can only imagine what my limited perspective on programming would be if I had spent several decades at my first station, a 500-watt AM station in my hometown in west Texas.

My greatest value to stations is that I’ve just spent time with some of the smartest broadcasters in our format. I see their challenges. I’ve been a part of those conversations. I’ve seen the solutions they come up with and understand the outside perspective.

Every time I’m around smart people they make me better. 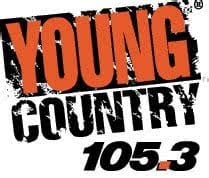 Now, back to 30 years ago. My first couple of decades in radio I loved being on the air. I worked at several big stations in big markets. Then I fell in love with programming and had several significant successes as PD, including reaching top 4 in Adults 25-54 in Dallas-Ft. Worth playing music no one knew. You try that!

Now I found myself in neither an on air or programming role. I was grateful to have a gig and not have to move my family away from where I grew up, but on face value my new role was not reflective of my resume. I had a choice. I could either view my skills in the rear view mirror or I could embrace a spirit of learning; a new format, a new role, and the vision for a new kind of radio station.

I made a decision that would change the trajectory of my career.

What changed for me was the people and the project. We were inventing an entirely new format and having been a part of the early days of Smooth Jazz I had developed a passion for innovation. That burns just as strong today as I consult a Christian music station that doesn’t even speak English.

But primarily it was about the people. The leadership team that designed the new format was brilliant and strategic. They took us off site to Santa Fe, New Mexico, to roll the plan to the team. They had a plan and we spent days developing the details of the format. They brought in a team of major market personalities that would become our key competitive advantage; talent the level of my long time friend Johnny Stone. They developed a brand that you could not ignore, which was part of my new role.

Everyone on the team had a spirit of learning and we were doing it together.

“It is impossible for a man to learn what he thinks he already knows.”

On next week’s show, I’ll share some practical tips on becoming a learner. Who knows? Maybe you’ll learn something.

This Frost Advisory is dedicated to John, Scott, Rick, Dan, Johnny, Toni, Katie, A.W., Stubie, Henke, Dave, Jim Bo, and all the talented team at Young Country Dallas. You can put your boots in the oven but that don’t make ’em biscuits.